Adidas has bold plans to capitalize on golf’s historic 2020

Adidas has bold plans to capitalize on golf’s historic 2020 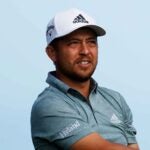 If you’ve spent time on a golf course in the last 12 months, here’s some incredibly unsurprising news: golf had a historic year in 2020.

After a summer filled with packed tee sheets and afternoon 18s for work-from-homers, a report from the National Golf Foundation confirmed what many already knew. Even in a pandemic-shortened playing season, golf witnessed unprecedented growth — up everywhere from total rounds played (a 14 percent gain on 2019, or a little over 500 million total rounds) to on-course golfers (500,000 more players than the year before, the largest increase in 17 years).

The benefits of such a surge in play are demonstrable. Course closings are down and renovations are up, while equipment manufacturers managed to overcome a rough sales stretch during the first portion of the pandemic to record year-over-year gains. They’re also theoretical — a surge in new golfers could spell a racial, demographic or socioeconomic shift in the makeup of the sport, which could open the floodgates for broader growth.

In 2017, Adidas Golf welcomed new leadership into the fold in the form of Jeff Leinhart, a veteran golf executive who previously worked at TaylorMade, to become the footwear and apparel giant’s new president. Leinhart brought with him a surprising new vision.

“Our mission for our brand is to be the most progressive golf brand in the world,” Leinhart told GOLF.com. “Our focus is on creativity, sustainability, versatility and inclusivity.”

The most progressive golf brand in the world. That’s an interesting challenge for an apparel company in a sport frequently criticized for its stodginess and recognized for the ascending age of its recreational constituents. Is it possible to remain profitable in golf while catering your product to younger, more diverse audiences? If it is possible, is it smart?

While Adidas’ strategy has already yielded some notable success — the company overtook the top footwear spot in the golf industry in 2020 with the help of its fashion-forward CodeChaos line — perhaps the best example of its potential for long-term success rests in the hands of Adidas’ biggest competitor.

Nike saw the potential vested in targeting younger golf audiences of color in the early 2000s when it first made Tiger Woods one of the pillars of its brand. With Woods at the figurehead, Nike embraced atypical golf audiences to stunning success, crafting out space as a younger, edgier adversary to its golf counterparts.

Of course, in those days, Nike wielded the advertising power of a golfer-turned-worldwide phenomenon. It’s true that Adidas does not possess the same promotional ammunition provided by a young Tiger Woods, nor has it pushed the boundaries in the same ways Nike once did. But perhaps some of that is by design.

Rather than cultivating an image behind a singular athlete, Leinhart and the Adidas Golf team have centered the brand’s attention on its product line. With the environmentally friendly Primeblue and Primegreen lines, Adidas created golf products using recycled materials in the hope of capturing “social investment” from younger, more socially cautious consumers.

“Our highest standards are primegreen and primeblue for sustainability,” Leinhart said. “We’re striving by 2024 to have recycled polyester in all of our products. For us, there’s not a product we create that sustainability is not a cornerstone of our development principles.”

As for capitalizing on the sport’s explosion in 2020 the same way Nike did in the early 2000s, Adidas sees its mission as much about selling its message of progressivism to newer, younger golfers as it is about cultivating products that meet their needs.

“Golf is a lifestyle category, and while you have the uniform for golf that shows up in a lot of our product, we now see a huge trend toward versatility,” he said. “You don’t necessarily want to play a round and then go pump gas into your car and be identified as a golfer. A lot of the products that we’re building today, you could go right from the course to the gas station, and people wouldn’t know where you were.”

Leinhart says his company is uniquely positioned to reach scores of first-time golfers entering the game, many of whom fit squarely into the company’s target demo. The key, as ever, is to keep them coming back.

“For the industry as a whole and certainly for Adidas golf, I think what’s really important is working on retention programs for all these new golfers who came to the game,” he said. “Ensuring they’re comfortable, they’re feeling included, that we’re building products that meet their needs and we keep them around.”

Leinhart’s vision manifests itself on Adidas’ Tour staff the same way he hopes it will with consumers: as a differentiator, an image worth rallying behind.

“Everything Adidas has done as a company, their stance on preserving the environment has been the biggest recent stand in my opinion, and ties into my own stance,” Xander Schauffele said. “My foundation that is slowly being set up is also taking a stance in terms of preserving the environment — tying that into golf and junior golfers. Trying to educate everyone on how we can make this planet last a little longer is a very big step for a massive company.”

“With how the world is going and everything we’ve gone through, it’s our job to adapt,” offered Collin Morikawa. “So, how do you look to the future and how do you adapt to everyone around you to move forward? The word progressive — many people can look at it as a different definition — but it’s all about moving forward and getting better.”

On the heels of a historic year for the sport, Leinhart wants to build the most progressive golf brand in the world. It’s a lofty goal, sure, but there’s never been a better time to dream big.

“We feel we’re positioned well to tap into the thing that golf found out about itself with new golfers showing interest in the game,” he said. “It’s hard, but in a way of us being Adidas, it’s something that’s a little bit easier for us because we’re able to tap into a bunch of technology that exists around the brand and bringing it to golf. We’re leading the consumer on a journey.”