2008 Was A Monumental Year With Enormous Creative Possibilities.

While Former President Barack Obama is, first and foremost, a public servant and politician, his interest in pop culture has always been a source of great interest to those who admire him. For instance, his annual lists of music, movies/television, and novels that he’s enjoyed have become a mainstay. However, Former President Obama has influenced entertainment in many other ways, such as his Netflix projects. But some of the ways he’s influenced art have been completely unintentional. This is true of the creation of Park and Recreation, according to a fantastic article by UPROXX.

Here’s how Former President Barack Obama included the beloved NBC comedy that eventually launched Chris Pratt’s career among many others.

The executive producer of The Office, Greg Daniels, was tasked with creating a new Frasier-like sitcom for NBC. Preferably, this would be a spin-off from The Office starring Rashida Jones.

“There was this push to do a spin-off of The Office, and it started with Season 3 when we came back with the Stamford branch and Ed Helms and Rashida Jones,” Office co-creator Greg Daniels said to UPROXX.

However, Greg wasn’t about to do a spin-off. Instead, he decided to team-up with Office writer and producer Michael Schur to create an entirely new series that had similarities to The Office, such as the mockumentary style.

“Mike Schur and I met every morning for like a year at Norm’s Diner on Sherman Way in Woodman. There were two ideas that were the frontrunners. One was this family show done as a mockumentary, and the other was this idea of a mockumentary version of The West Wing. Where The Office might have been the private sector, this would be the public sector.”

Related: Everything Rashida Jones Has Been Up To Since ‘Parks And Rec’

2008 Was A Monumental Year With Enormous Creative Possibilities

All of this was happening in 2008, one of the most notable elections in modern American history.

“Greg and I were conceiving the show in 2008, and Obama/McCain was in full swing,” Parks and Recreation’s co-creator and executive producer Michael Shur said. “Autonomy was collapsing. The general idea that we had was that whether positively or negatively or both, the government was going to play a big role in people’s lives. There was a gigantic bailout, and there was all this talk about this new Great Depression-era intervention in people’s lives. We sort of thought that the common version of that would be to focus on government involvement of people’s lives at a very micro level. Like the level of a local government where people’s problems aren’t the world economy collapsing, but we need a stop sign at this intersection.”

Greg and Michael had a boatload of ideas for the characters they would be creating, although they didn’t really know many of the details about them.

“I remember thinking, there are two different classic strains of humor about the government that I could tell,” Greg Daniels explained. “One of them was the hypocrite is running for office. The other is the bureaucrat who just makes everything impossible. You could go back 200 years and find comedy written about those characters, so we didn’t want to do exactly that. This was around the same time that Obama and Hilary were running and there was a lot of excitement and optimism about government.”

While there was optimism, Greg and Michael knew that optimism in politics is often short-lived. Additionally, they needed to do an office-based show with a mockumentary style that featured people from all walks of life. And the idea that this office would be one of a very small local government agency just made sense. Also, Amy Poehler, who Mike knew personally, was partial to the idea. So, things started to solidify.

“The reason we picked that idea was that Mike was already good friends with Amy Poehler from them working on Saturday Night Live together. He pitched her both ideas for the show, and she responded to the political one a lot. It was a great advantage to have Amy headline the show. We were very excited to get her. We also thought it was good because if it was going to be another mockumentary after The Office, we wanted to go in a fresh direction. Having a female lead would make it feel less like The Office,” Greg explained to UPROXX.

Related: Parks And Rec: All The Easter Eggs You Didn’t Notice The First Time Watching

“Mike called me as he stood on the balcony of his house chain-smoking… He told me about a character he and Greg had created called Leslie Knope,” Amy Poehler said. “She was an extremely low-level Parks and Recreation Department employee who had big dreams… He sent me the script and it took me five minutes to realize Leslie Knope was the best character ever written for me.”

In truth, Amy has Former President Obama to thank for the job. After all, his election just came at the right time to inspire Mike and Greg to create a television classic.

Next: Here’s What Aubrey Plaza Has Been Up To Since Parks & Rec Ended 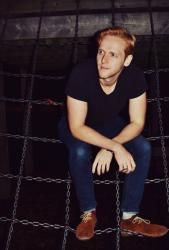 Dylan Parker is a list and content writer working for Valnet Inc. He’s written for The Things, The Talko, Baby Gaga, Moms, and Screen Rant. He specializes in entertainment, film, and celebrity news. Dylan has also written for Narcity and various other entertainment, food, and travel publications.