Ministers are poised to invite hotel chains to bid for a role in the new mandatory coronavirus quarantine for arrivals from “red list” countries as pressure grows on the UK government to get the system up and running.

Ministers, including health secretary Matt Hancock, transport secretary Grant Shapps and Cabinet Office minister Michael Gove, met on Thursday evening to sign off on the enforced isolation policy for UK residents returning from Covid-19 hotspots — which will begin on February 15.

The government is seeking capacity to access 1,425 hotel rooms per night — up to a maximum of 28,000 — over a one-month period, with the initial scheme running up until March 31.

Experts on the government’s Scientific Advisory Group for Emergencies had told ministers weeks ago that a blanket hotel quarantine system for arrivals was the only way to stop new variants of coronavirus entering the country.

But with concern about the economic impact of such a sweeping system, prime minister Boris Johnson instead chose a limited version of hotel quarantine applying only to UK residents returning from 30 “red list” countries where new strains of the virus had been found, such as South Africa and Brazil. Non-residents are already banned from entering the UK from these hotspots.

We are continuing to work on operational and logistical details

The scheme, which requires residents to isolate for 10 days in a hotel at their own expense, was announced more than a week ago, but ministers had struggled for days to give a firm date for its start.

On Thursday night Downing Street announced that it would begin on February 15 under the control of Mr Hancock, who will also chair a new cabinet subcommittee with Gen Gordon Messenger, former vice chief of the defence staff.

Mr Hancock spoke to the Australian health secretary on Thursday evening to learn from that country’s experience of carrying out hotel quarantine.

“We are rightly engaging with representatives from the hospitality, maritime and aviation industry, and learning from our friends around the world,” the health department said in a statement.

Several countries, including Australia and New Zealand, have had a blanket hotel quarantine scheme in force for almost a year.

Downing Street said Mr Hancock would make a further statement next week: “We are continuing to work on operational and logistical details,” a spokesman said.

The FT revealed earlier on Thursday that the government was planning to issue a procurement contract based on the Australian quarantine model for hotel companies.

Whitehall officials confirmed that the plan will limit arrivals to 10 UK entry points with passengers having to take a pre-departure test.

The arrivals must then book a stay from an approved list of hotels where they will have to remain in their room and will be provided with three meals a day. Security teams at the hotels will monitor compliance.

Government officials insisted no time had been wasted drawing up the new plans, which pose significant logistical hurdles.

Labour has urged the government to go further and force all arrivals into quarantine, while the Scottish government has announced it will bring in a supervised quarantine system for all people arriving from overseas.

Yet even the lighter-touch policy will mean the UK has some of the toughest border policies in the world. 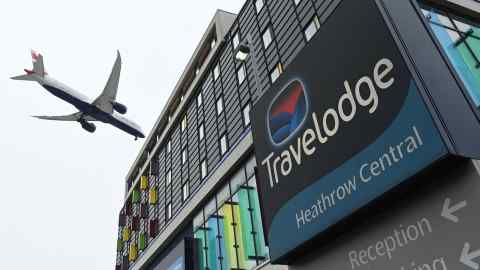 Earlier on Thursday, several large hotel chains, airlines and airports had called on ministers to act, complaining hey had been given few details of the plan.

Hotel chain Best Western told the Financial Times it had expected the details of the quarantines on Tuesday and that it could “get the scheme up and running in 24 hours” if asked.

Its chief executive Rob Paterson told the BBC that he was not sure he would still be in a job in “any normal company” if he had announced a major policy without planning it or speaking to the main businesses involved.

IHG, another hotel group, said it had helped with previous schemes during the crisis, such as housing NHS workers, but had not been approached about quarantines.

The government held calls with airlines and airports this week to discuss the logistical challenges. One person on the call sympathised with the challenge. “It is really tricky — it is essentially setting up a travel company in the space of weeks,” he said.

Full details are available on the government’s official website.