Duval will be part of JDC-Miller MotorSports’ line-up in the Mustang Sampling-backed #5 Cadillac DPi-V.R for the 10-hour enduro at Road Atlanta, forming an all-French line-up alongside team regulars Sebastien Bourdais and Tristan Vautier.

It marks the 38-year-old’s first IMSA outing since January’s Rolex 24 at Daytona, where he, Bourdais and the recently-axed Joao Barbosa finished in third.

Originally named as JDC’s third man for all four Michelin Endurance Cup races this year, Duval didn’t take part in the six-hour Road Atlanta event in September owing to a clash with his regular DTM programme with Audi.

However, the German manufacturer has given him special dispensation to miss this weekend’s upcoming second Zolder round, with Benoit Treluyer taking his place.

Discussing the decision to forgo the Belgian event to race at Petit Le Mans, Duval said: “First of all we had a calendar at the beginning of the year which due to the COVID-19 situation has changed. And I was named also with the American team [JDC] in the US.

“After the change of calendar, for sure the DTM was still the priority and it’s overall still the priority. Afterwards we had the call from our bosses telling us that Audi would pull out of the DTM, we also spoke about the situation [and] if we have opportunities in the future, if we have to give the priority to the DTM or if we are allowed to do something else.

“If I go to the US, it’s also because of my future. Unfortunately, the DTM the way we know it today [with Class One regulations] is not going to happen next year. And while I have all the opportunities and this is something also as a sportsman as a human being we have to look at it because it’s a good opportunity for me for the future to be in the US.” 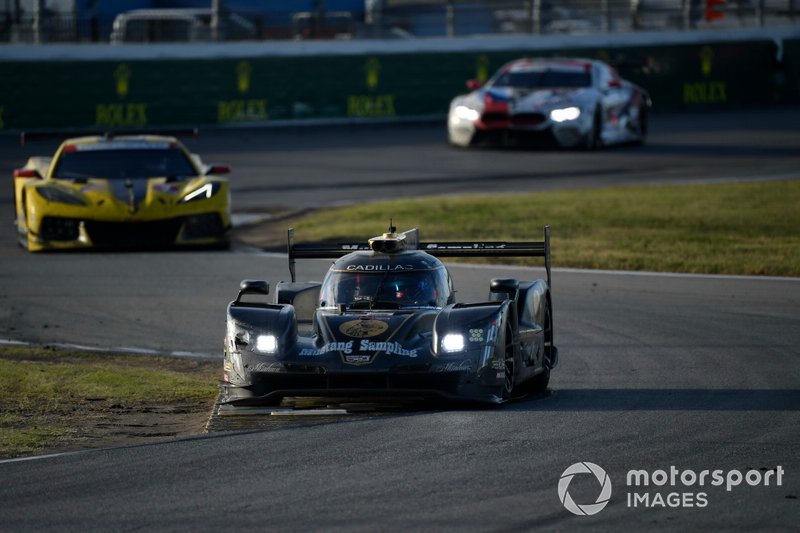 In a pre-season interview with Motorsport.com, 2013 Le Mans 24 Hours winner Duval suggested he saw his future more in endurance racing and in particular prototypes, having also raced in the European Le Mans Series in LMP2 this year.

Now that the DTM has confirmed it will be moving away from the failed Class One format and adopting upgraded GT3 machinery for 2021, Duval reiterated his disinterest in the new formula when asked for his thoughts on the situation by Motorsport.com last weekend.

“I would love to continue what I have been doing since many years with Audi, but to be honest I don’t see myself racing and running in GT cars right now,” clarified Duval. “It’s not something that I’m really in love with. I love cars with downforce.

“I’m more into the DTM the way it is now [with Class One cars], SUPER GT, DPi, LMP2, LMP1, these are more the kind of thing I love to do. So ideally I will do something like that.

“For sure the last priority for me would be to drive an R8 or whatever in a GT championship.”