Now that Michigan football has the No. 3 rushing attack in the nation statistically and took down a once-highly thought of Washington by gashing it repeatedly, the advanced analytics are starting to look at the Wolverines’ 2021 outlook a little differently.

A little, but not completely.

While the maize and blue have long been projected by ESPN FPI to be an 8-4 team this season, even though Washington was considered a game where Michigan had a slight edge before the season, with the game having ended 31-10, the Wolverines are now projected to be 9-3. What’s more, some of the games that were looked at as ones where U-M had close to zero chance of winning are now in the toss-up column.

So what game is now one that the analytics suggest is a likely win? How much has Michigan closed the gap on some of the other big threats in the Big Ten? Here are the updated game-by-game predictions below.

Roundup: What the national media is saying about Michigan after Washington 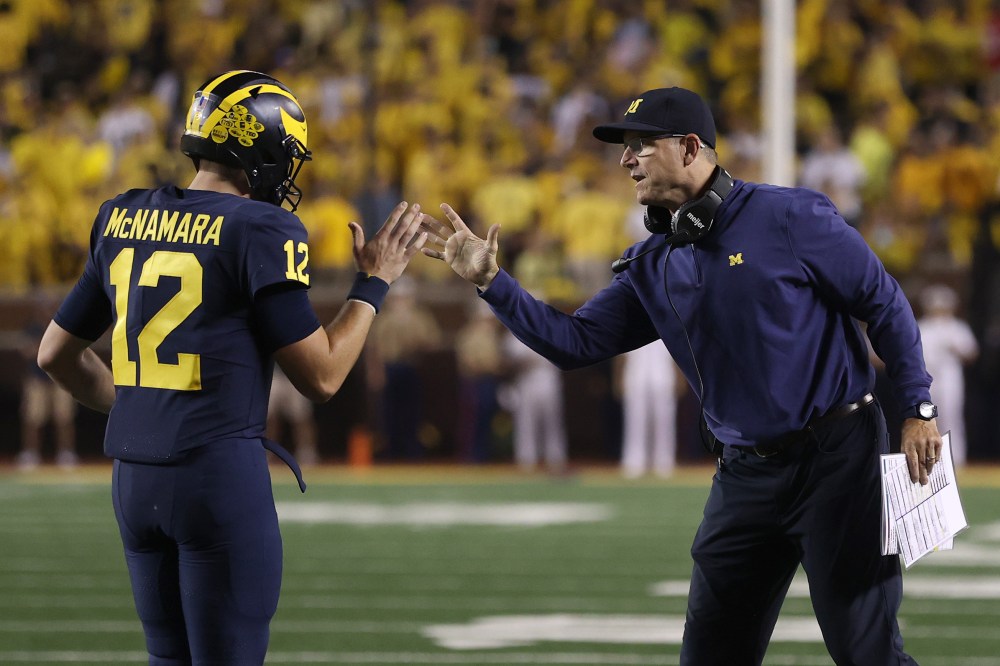 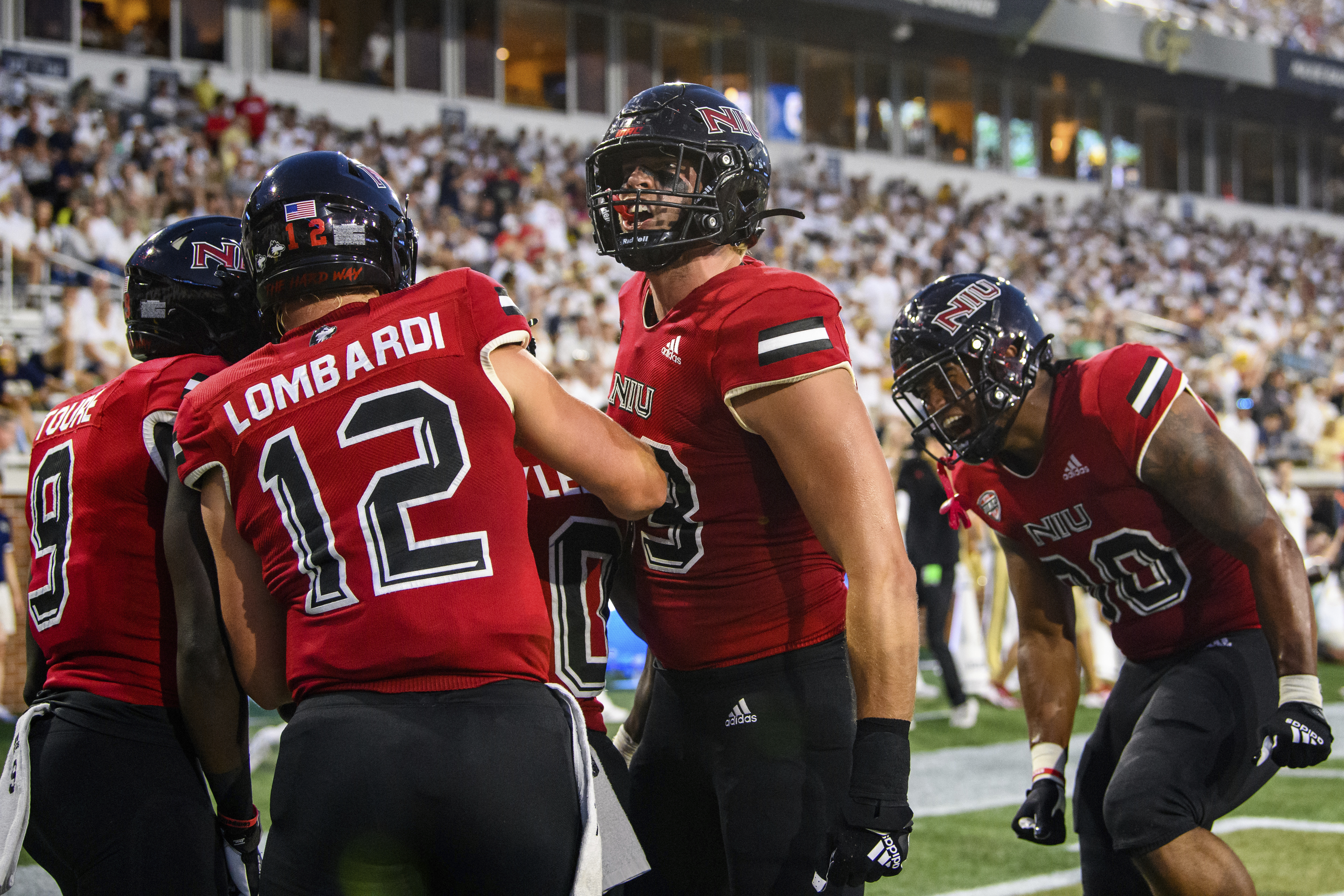 It’s pretty hard to get much better odds than that, and with Michigan’s win and Northern Illinois’ loss to Wyoming in Week 2, it would be one of the biggest upsets in the country across all of the college football season if the Wolverines suddenly got their second-ever loss to a MAC team. 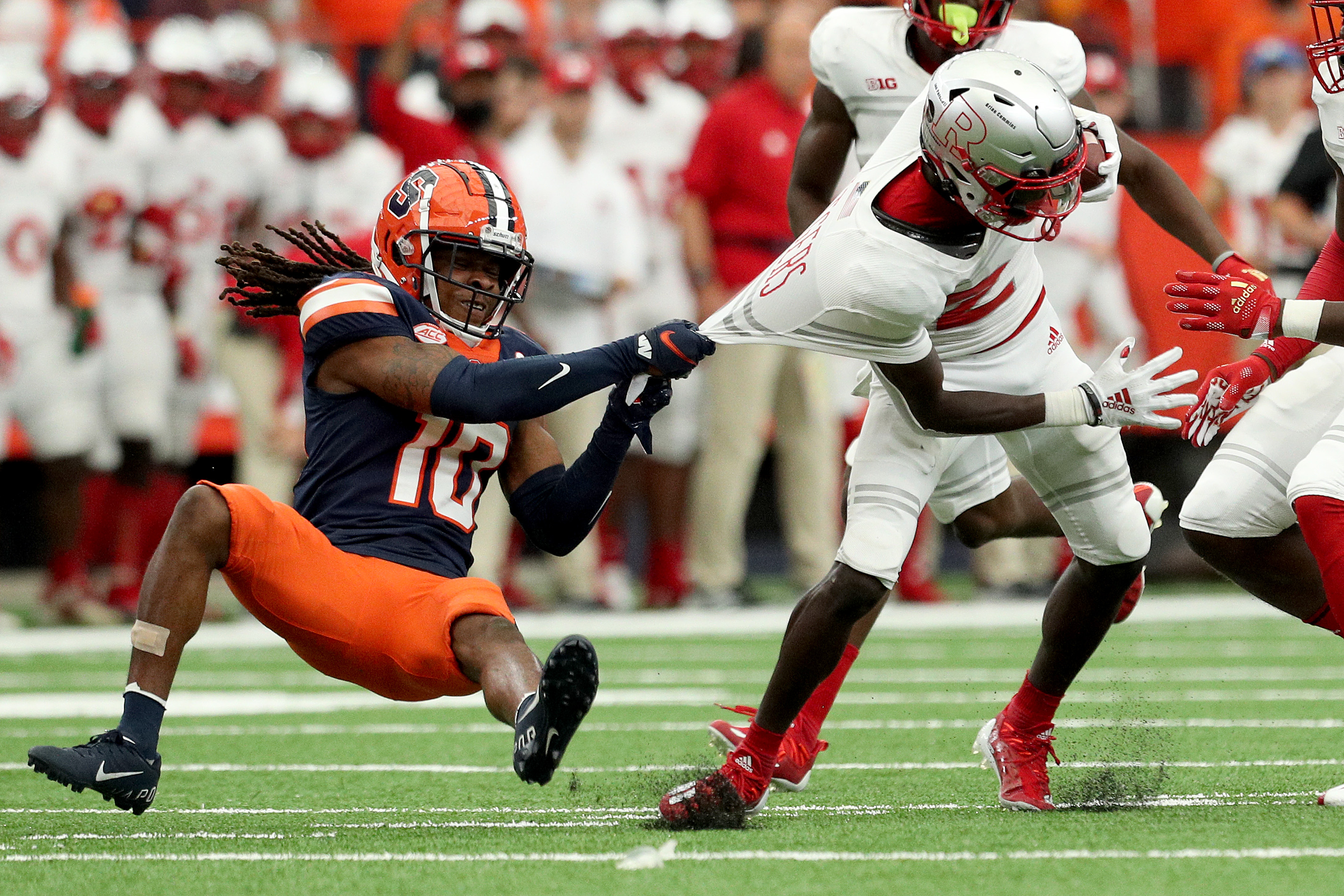 The chances of Michigan beating Rutgers actually went down last week, and though the Scarlet Knights managed to beat Syracuse — precisely the type of nonconference team it would have lost to in the past — given Michigan’s win over the Huskies, the Wolverines got a slight uptick in the ESPN FPI. 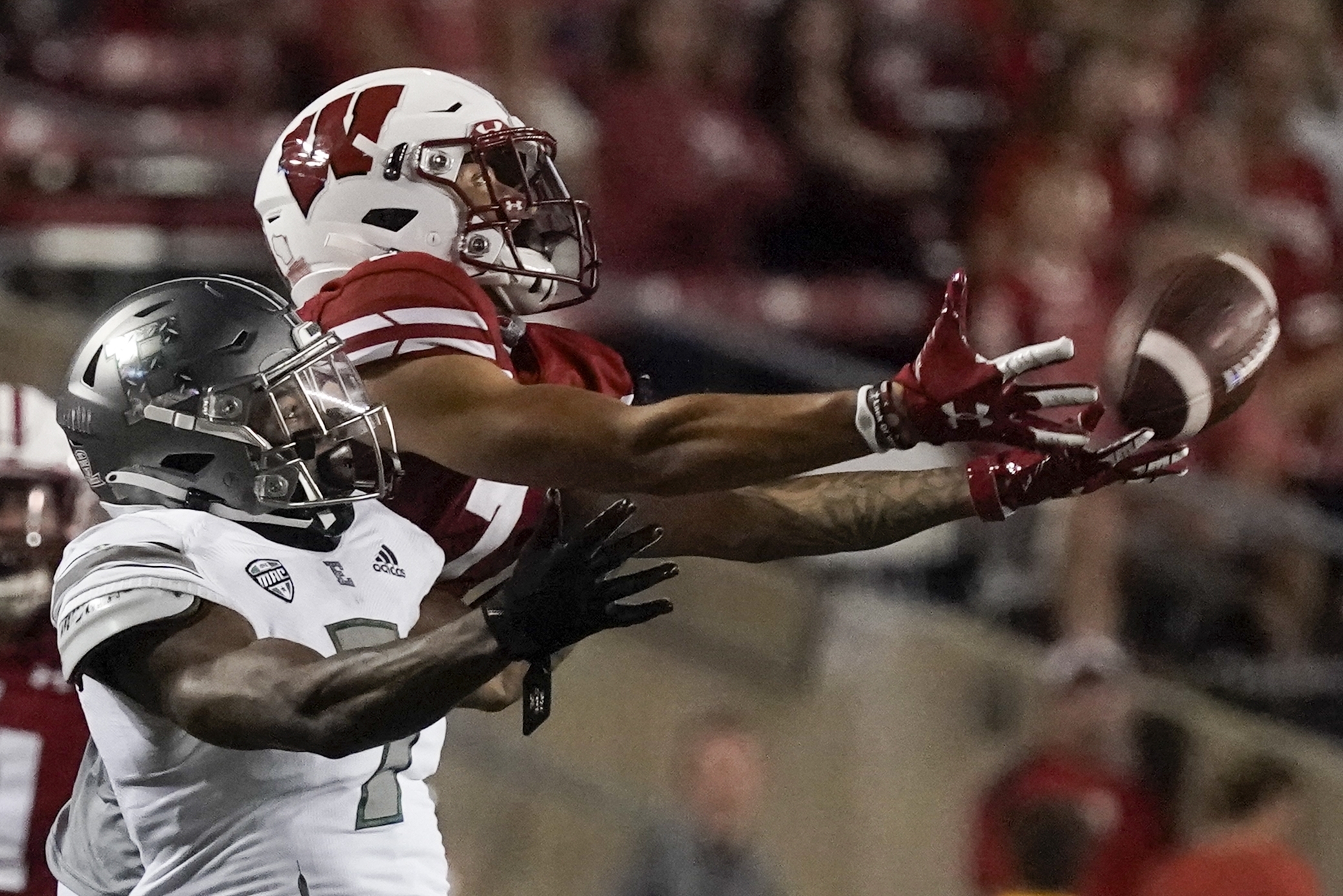 Michigan still isn’t favored to go on the road to Madison, a place it hasn’t won since 2001, and beat Wisconsin, but it’s gotten into toss-up territory. Yes, the Badgers won handily against Eastern Michigan, but it wasn’t the level of blowout perhaps that would see Wisconsin get added respect. 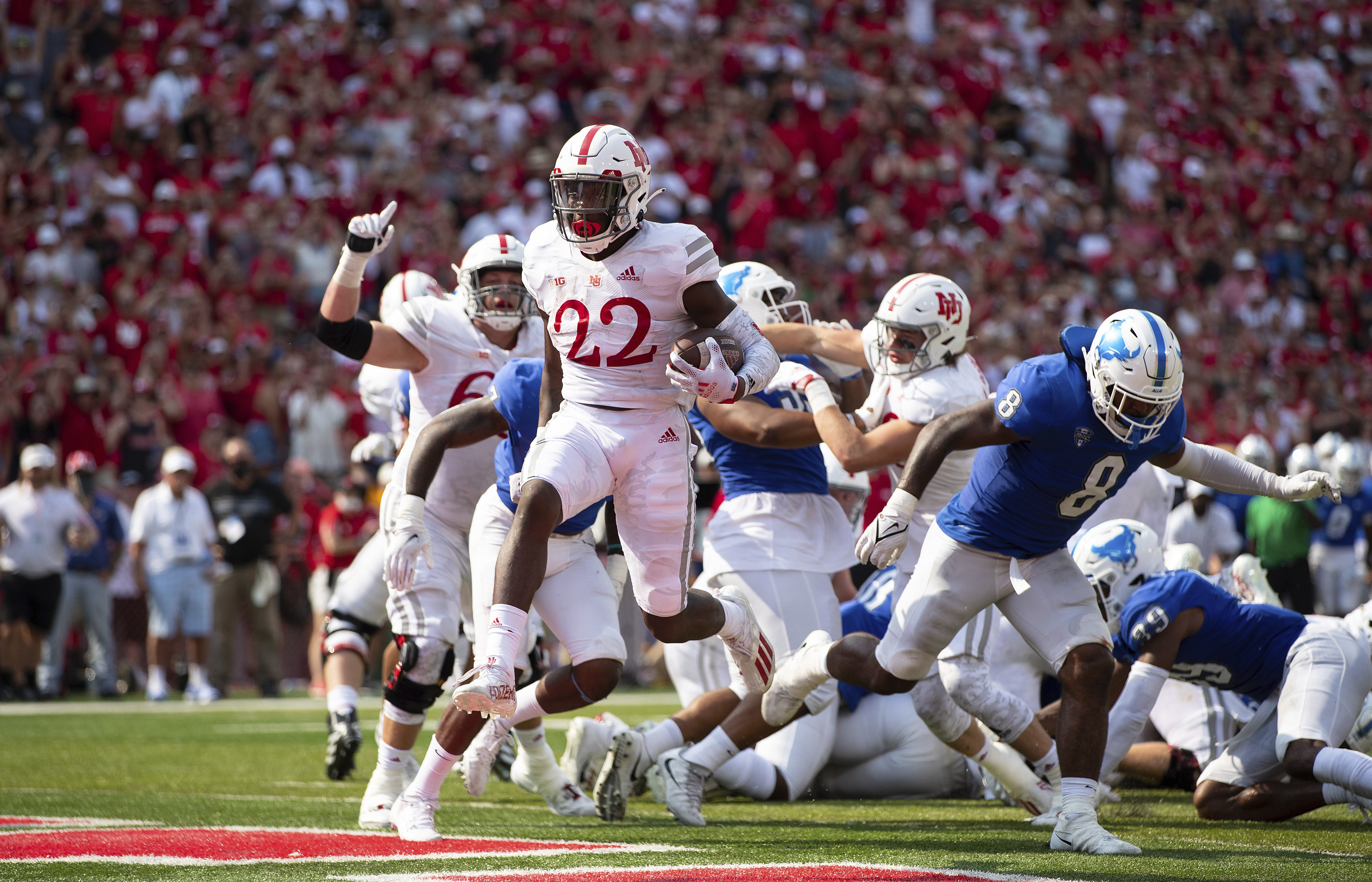 This is one instance where Michigan’s chances of winning actually went down — and that appears to have everything to do with Nebraska and nothing to do with Michigan. The Huskers soundly beat a very good Buffalo team so they got just a little more than a percentage point back now that they’re at 2-1 on the season. 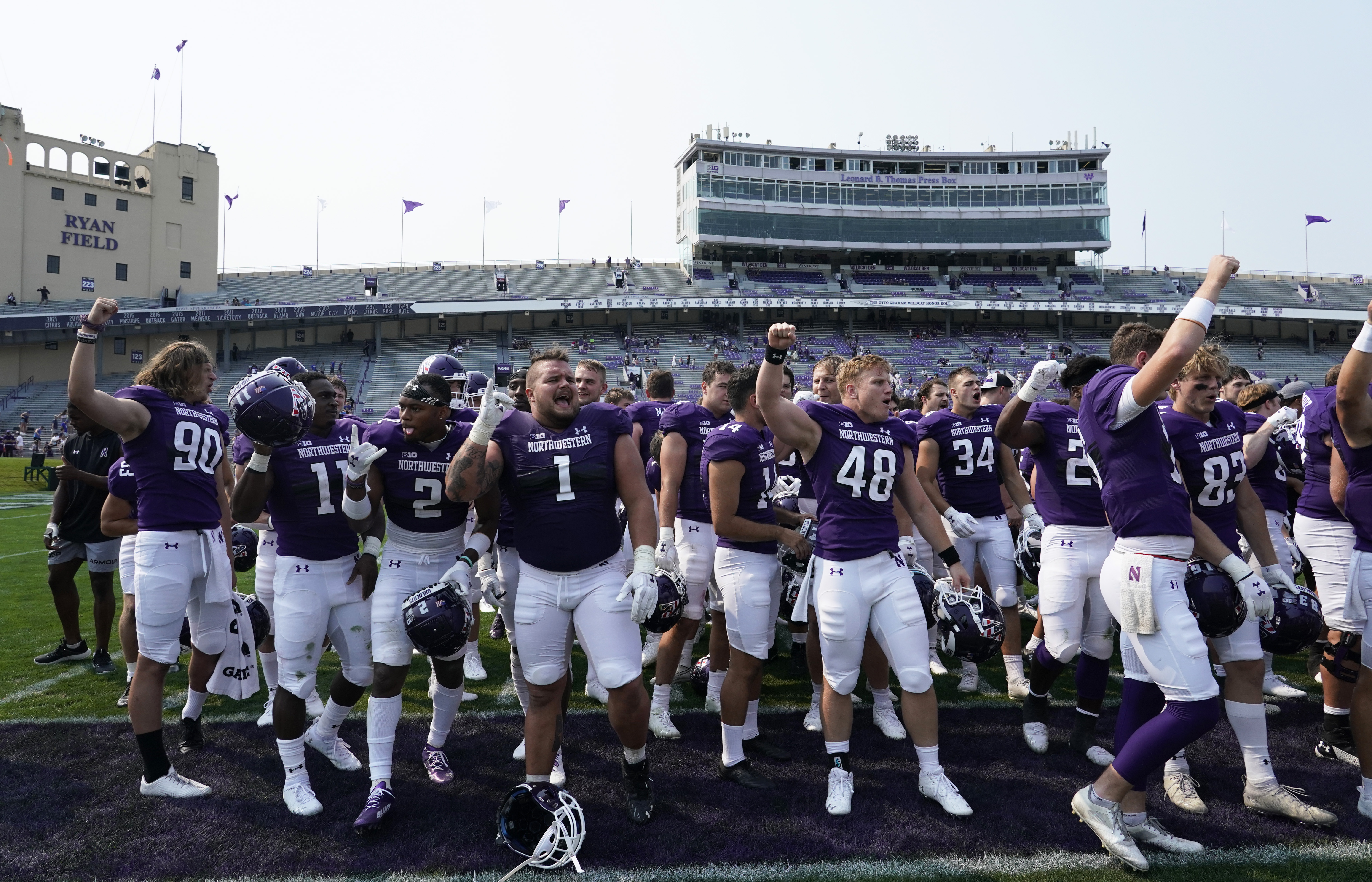 Northwestern showed a bit of a pulse in Week 2, but it was a weak one against overmatched competition. The Wildcats are getting awfully close to being Michigan’s easiest game left on the schedule 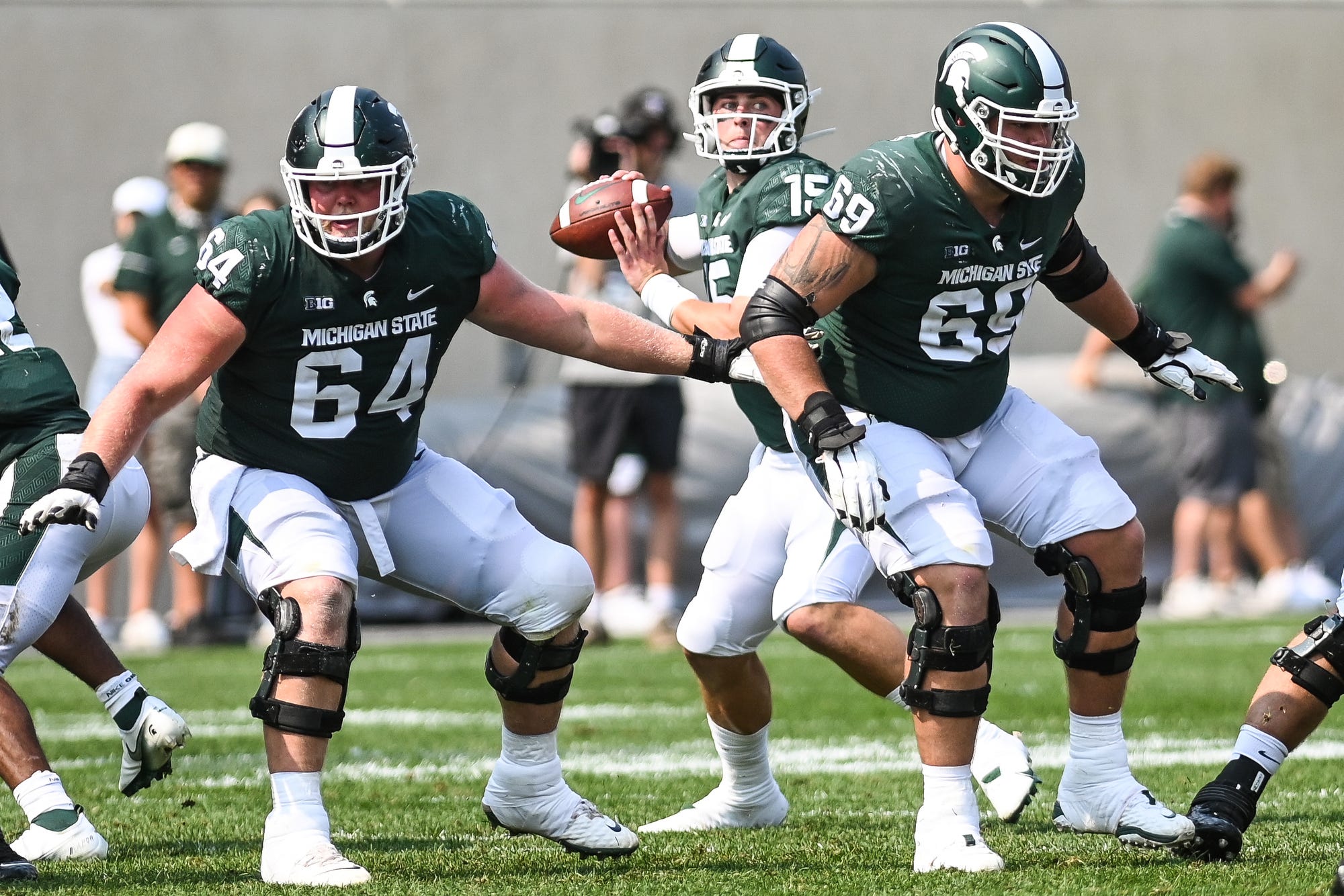 This is the game that flipped back into the win column for the Wolverines. While the Spartans have been a big surprise and quite impressive in the first two weeks, their resounding victory came against an FCS team, whereas Michigan took down a Power Five opponent. MSU has a big Week 3 game which will tell us more about the Spartans’ trajectory. 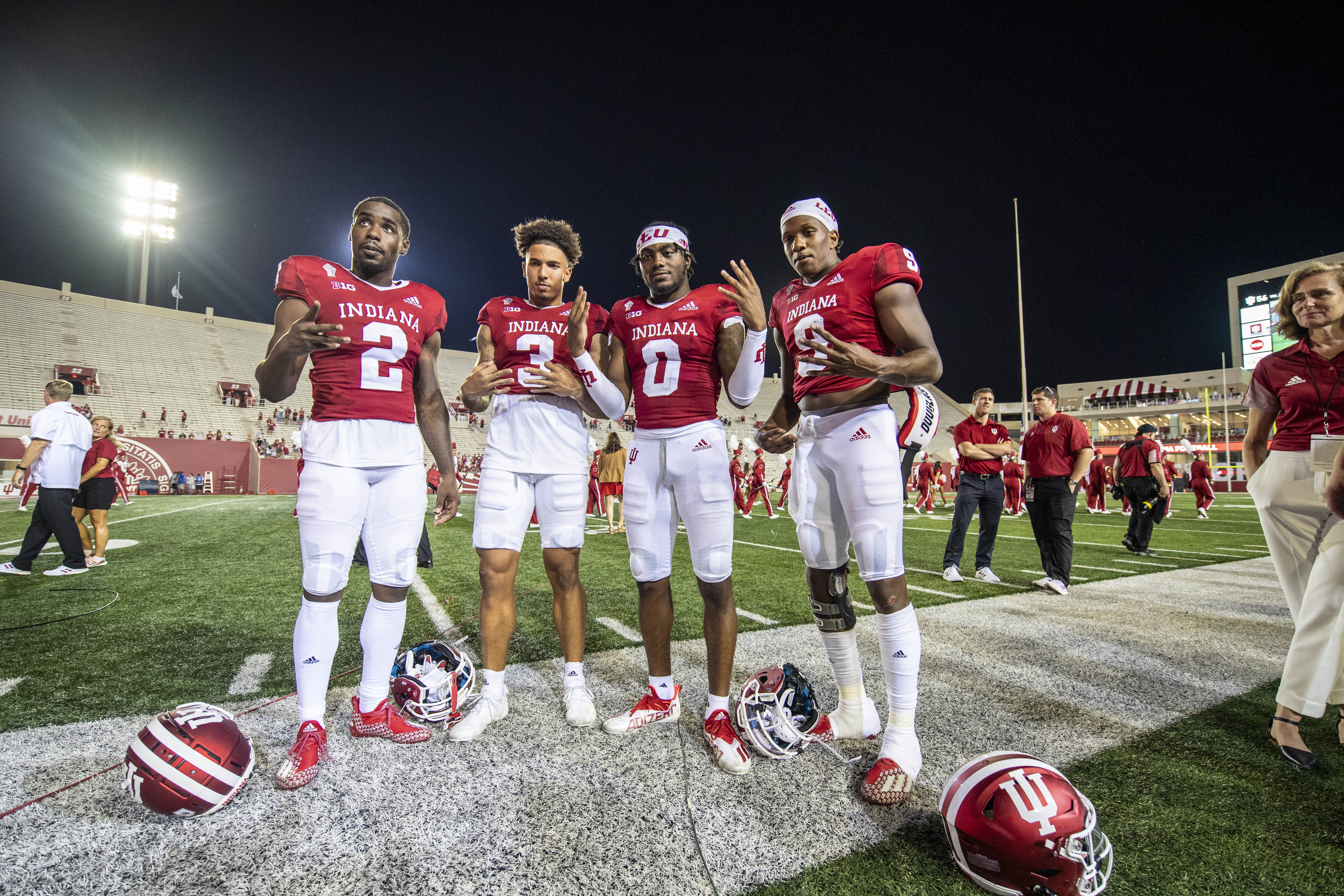 Indiana looked more like preseason expectations by going ham over an FCS team. That earned the Hoosiers back half of a percentage point in a game where Michigan is heavily favored by the advanced analytics. 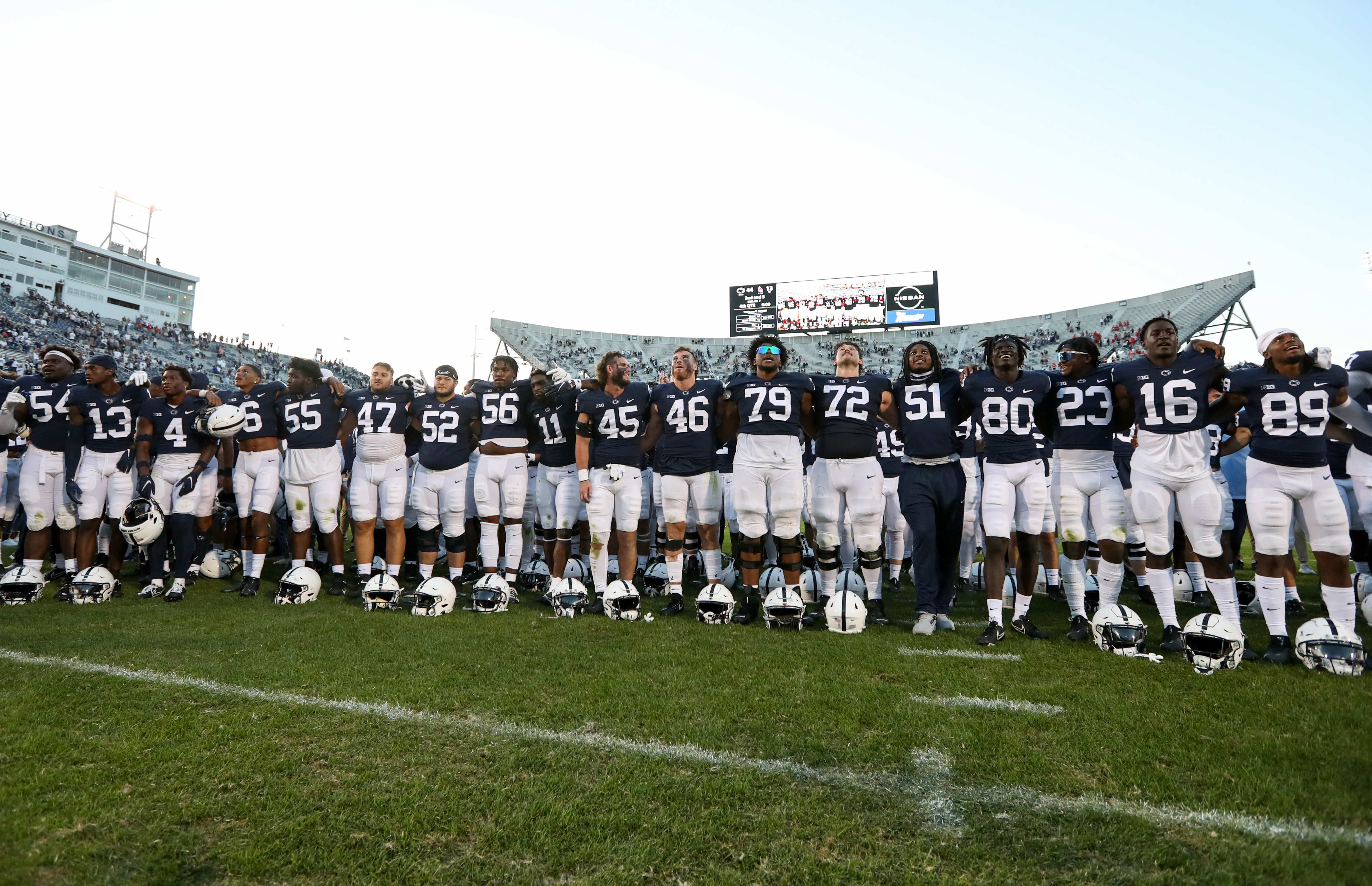 In a strange turn of events, though Michigan’s chances did rise very slightly, this is now the game that the Wolverines have the least chance of winning, according to ESPN FPI. Penn State took care of business in Week 2, but faces a resurgent Auburn team. 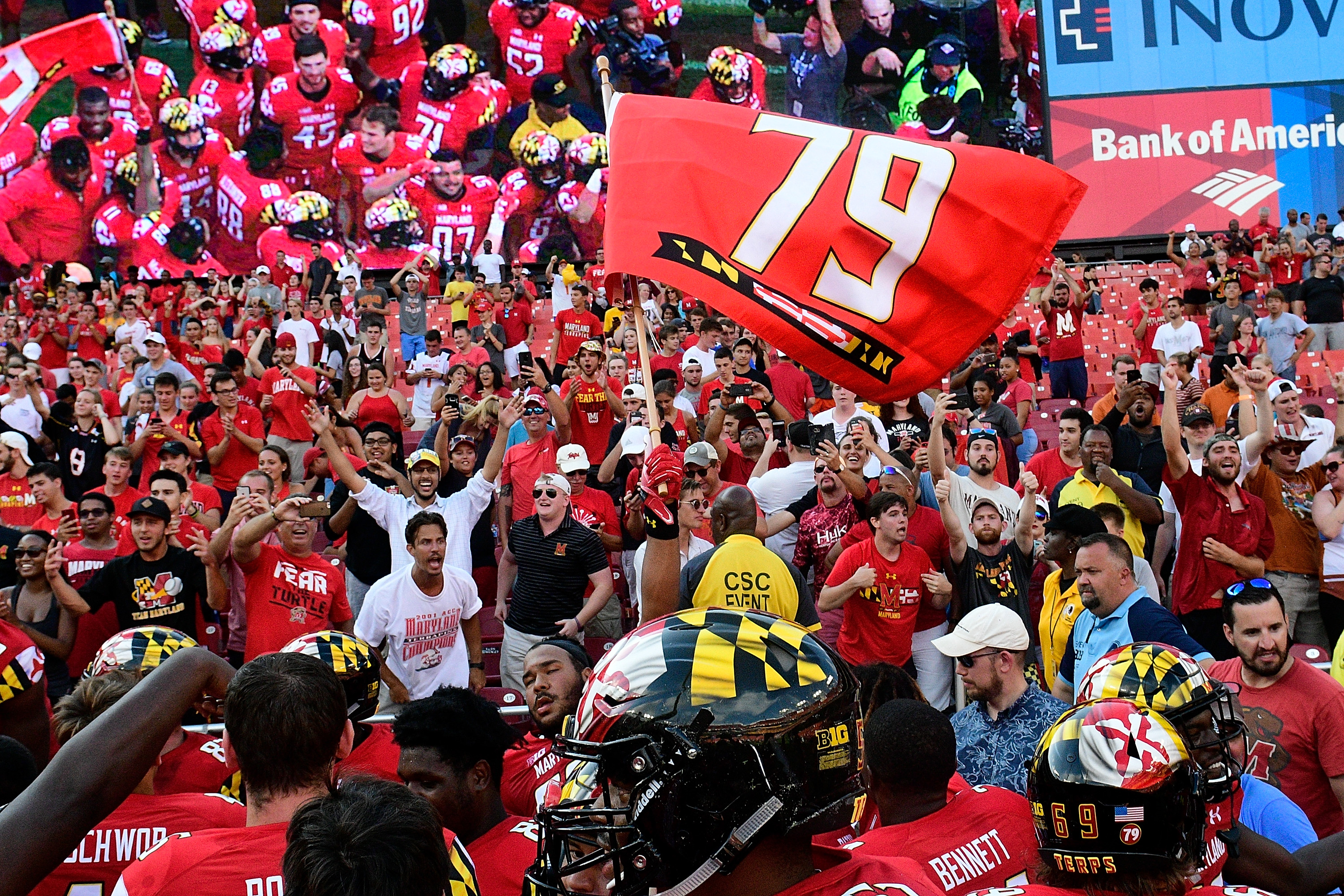 With Maryland beating up on FCS-level Howard on Saturday, it was enough for the Terrapins to gain a little respect in the eyes of the advanced analytics. A little. 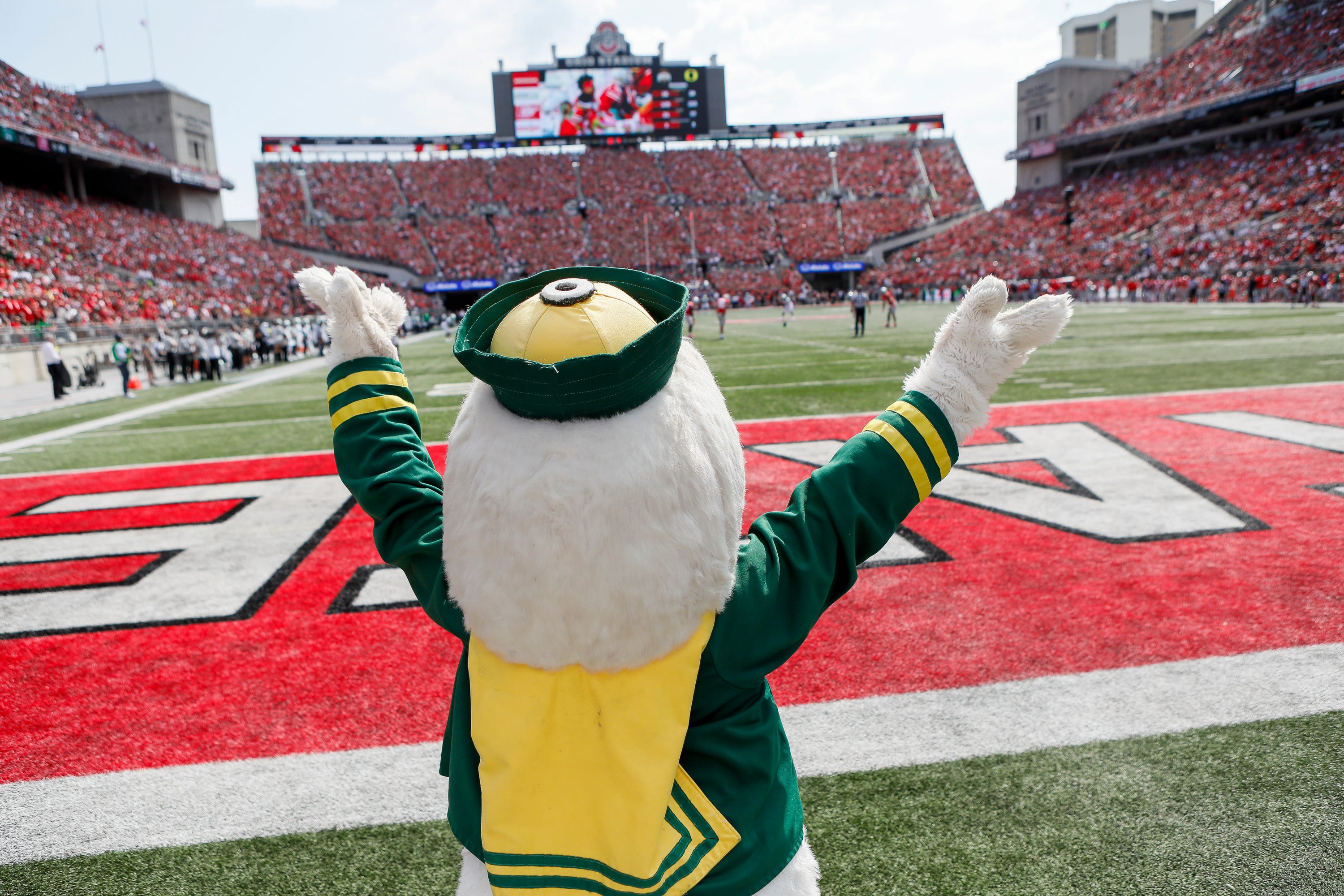 The Oregon Ducks mascot stand behind the endzone during the fourth quarter of the NCAA football game against the Ohio State Buckeyes at Ohio Stadium in Columbus on Saturday, Sept. 11, 2021. The Ducks won 35-28.

This game, thanks to Michigan and Ohio State having polar opposite games, just went from ‘no way, no how’ to ‘so, you’re saying there’s a chance’ territory. The Buckeyes were run all over by Oregon and Michigan just cemented itself as the nation’s third-best running team. The Wolverines haven’t beaten OSU since 2011, but if things hold, The Game could be more interesting than it’s been in some time.