While the Premier League and EFL plough on behind closed doors, the latest lockdown has had significant ramifications for young players hoping to one day reach those heights.

The tightening of restrictions last month essentially brought academy football below U18 level to a halt. U16s are at least permitted to train but all younger age groups up to U15s are back where they were during the first lockdown in March of last year.

Young players in pivotal periods of their development, without the fundamental benefits of training in groups and competing in matches, are instead having to work on their game remotely.

The circumstances present major challenges for both players and clubs up and down the football pyramid.

“If I think back to March, when the first lockdown came in, the first thing we felt was a bit of panic because it was a situation we had never been in before – in life in general never mind in football,” Jon Hunter, head of academy coaching at Wolves, tells Sky Sports.

“The easy thing to do would have been to rush out plans but the level of uncertainty was so deep that we couldn’t do things we knew weren’t going to be sustainable. We had to look at which parts of our training programme we could actually replicate.”

That’s where Saul Isaksson-Hurst comes in. The 43-year-old is a specialist skills coach whose app, the My Personal Football Coach app, is being used by academy staff at Wolves, Arsenal, West Brom and several EFL clubs in order to hone technique remotely.

“For young players, this period is similar to not being able to go to school in terms of development,” Isaksson-Hurst tells Sky Sports.

“If you’re missing a month, three months, six months of your footballing academy life, whether you’re an U9 or an U15, it’s a big problem.

“We have to come up with solutions to support players working from home and that’s basically what the app was designed for.” 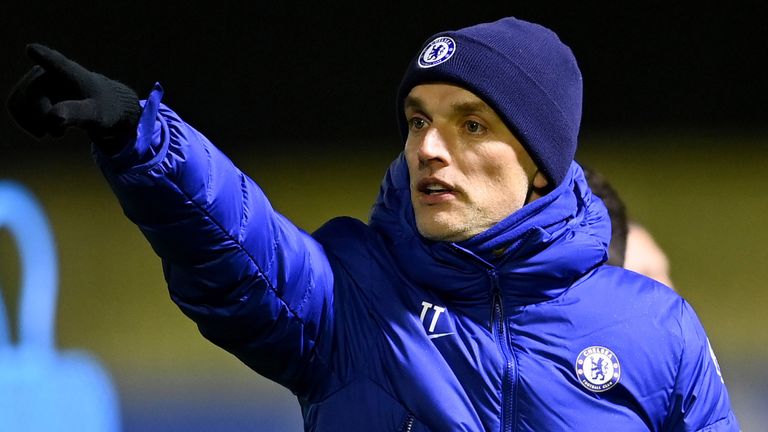 The app acts as a means of developing ball mastery and technical skills and features hundreds of drills, in video format, which can be replicated by players from home then uploaded and shared with team-mates and coaches, who can track progress and give feedback.

“Arsenal, for example, signed up before the last lockdown and use it with their U8s and U11s,” says Isaksson-Hurst. “What I did was go into their academy and film their U11s, who are a very good technical group, doing loads of different skills and exercises. Then, each week, we released one of the challenges for the players to do at home.

“There’s a leader board on there which shows who has been using it the most and that sort of thing, so that adds a bit of competition and gamification, which helps with engagement, but the most important thing for young players is that they just have quality contact with the ball.

“They can’t do team training, but this period is an opportunity for them to refine and improve their own individual technique and make themselves better on the ball. That’s what the app can help with.”

In developmental terms, that type of technical training is particularly important for younger age groups.

“Arsene Wenger used to talk about the ages of eight to 12 being a golden window of opportunity for skill development,” says Isaksson-Hurst. “When you get past that phase and into the teenage years, it becomes a lot more difficult to develop the skills, techniques and movements that top players have.”

Hunter agrees. “Our younger groups engage heavily with Saul’s app and the ball mastery side of things but once players get a bit older, it starts to be about how we can keep them physically engaged.

“They can go out on their own for runs when they are older, so we’ve used other apps, like Strava, to help with that.”

Finding the appropriate exercises to motivate and develop academy players of different ages is just one of the many challenges facing staff at clubs like Wolves right now.

“When they are here with us, all of the players have access to the same facilities,” says Hunter. “But at home, some have gardens and some don’t. Some have strong Wi-Fi and some don’t.

“It is vitally important for us to understand the needs of each individual. We’ve got to know when we’re asking them to do things, that they can actually do them.

“We have to recognise that if some of the boys aren’t able to take part in everything, it’s fine. It’s down to us to find different ways to engage with them.”

At the same time as being flexible, however, it is important not to overburden young players who are already contending with homeschooling commitments.

“We put massive emphasis on school work at Wolves so we try not to put anything on during the day, when they should be active with school,” says Hunter.

“Our U16s are able to train, so we’ve put them in a bubble with our U18s. But that means the U18s can no longer train first thing in the morning as they normally do, because the younger boys are meant to be doing their school work then. We’ve therefore had to change training times accordingly. It’s a case of adapting.”

Tactical work has continued in lockdown, with many Premier League academies using online performance analysis tool Hudl – “it helps the players understand games properly rather than just looking at who has the best boots or who does the best stepover,” says Hunter – while mental health has become an even bigger consideration.

“The first thing we did when the lockdown started was look at the wellbeing of each individual,” adds Hunter.

“We split the boys up into small groups then spread our staff across them. Alongside all the technical, tactical and physical stuff, we have regular check-in calls with the boys and their families.”

Unfortunately, it remains difficult to lessen the potential mental health impacts of telling players aged 15 or 16 that they have not won scholarships and are being released – especially when many of those conversations are having to take place over Zoom rather than in person due to the current restrictions.

“We’ve tried to be fair with the boys and made some decisions earlier, so that those who have been unsuccessful have more time to go somewhere else and try to get a scholarship,” says Hunter.

“But it’s obviously not ideal having to do that over Zoom. It’s not a great way to tell somebody who might have spent six, seven or eight years with you at the club that they are no longer going to be working with you.”

The hundreds of players in that situation find themselves stuck in limbo while academy activities are paused, meaning an anxious wait to find out what their footballing futures hold and an increased risk of slipping through the cracks altogether.

But the impacts of the lockdown are not restricted to them. The worry is that even the players who are successful in winning scholarships are likely to have been set back in their development – something which may only become truly clear further down the line.

“We always go off case studies of individuals we’ve worked with in the past and we find that social and psychological skills are really important traits to have in young players,” says Hunter.

“Those things aren’t being developed in isolation at home. They are missing out on interacting with people and being put in situations where they have to perform under pressure and then reflect with their coaches and their team-mates.

“I do worry about how much they are missing out on because there are certain things you just can’t replicate remotely.”

It is not yet clear when academies will be able to open up again. Safety remains paramount during the pandemic and high infection rates demand caution. But the impact of the lockdown is already being felt by those at the beginning of their footballing careers. The longer it goes on, the more damaging it could become.