Like many calls to action over illness or disease, Dan Mechem’s decision to confront skin cancer came from a personal story. In Mechem’s case, it was the death of a close friend.

“He had never seen a dermatologist,” Mechem said. “He was completely blindsided. He said to me about a week before he died that he felt like he didn’t have to die.”

In Mechem’s research about skin cancer after the death of his friend, he was disappointed in what was offered and what was being done about what he calls the fastest growing cancer in the country. So along with friend Randy Wyatt, who spent more than 40 years as a health care executive, most recently at a for-profit skin cancer company, Mechem decided to start his own non-profit for skin cancer called SknVue.

With a desire to take the message global, he took some advice from his father, former LPGA commissioner Charles Mechem.

“He said why not focus on golf. Golf is an outdoor sport, and it is certainly global,” said Mechem, a California businessman and financial advisor. 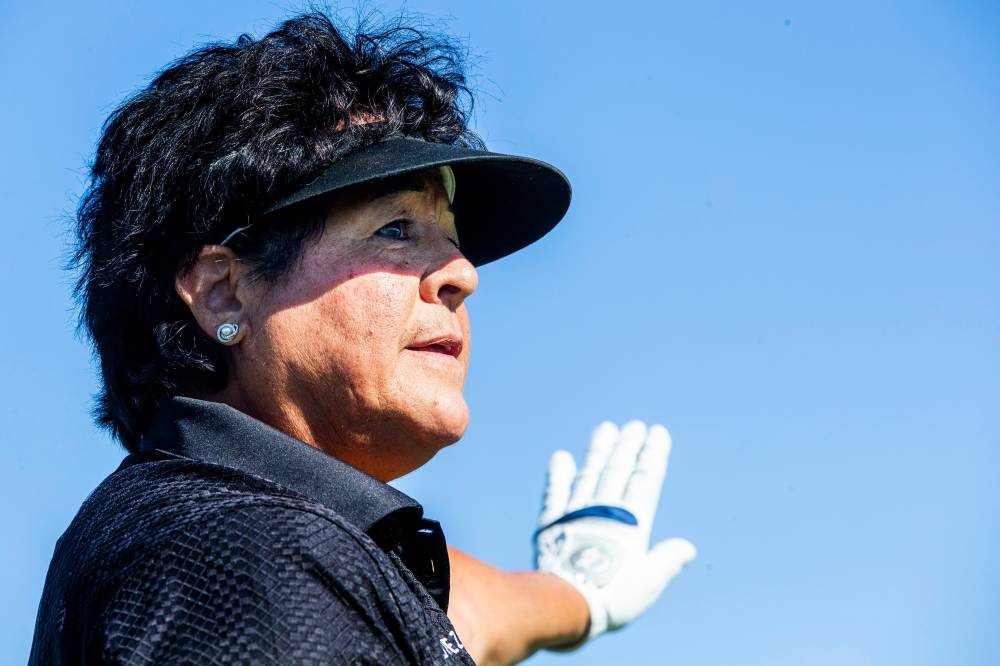 LPGA Hall of Famer Nancy Lopez is part of the board of the new SknVue non-profit focusing on skin cancer education.

The result surprised Mechem, who said not only did players such as Nancy Lopez, Juli Inkster, Dottie Pepper, Andy North and others love the idea of fighting skin cancer, they jumped at a chance to be on the board of directors of SknVue.

“A lot of people don’t know that skin cancer is the world’s most common cancer, and that it is actually the most preventable,” said North, a two-time U.S. Open champion, in the release announcing the formation of the Oceanside-based non-profit. “Skin cancer, you are on notice. We are coming after you with a vengeance to save lives.”

Working to spread the message

While the non-profit status of SknVue remains pending – the company has come together in the last four months – Mechem said he, Wyatt and others at SknVue are making plans to push the message of skin cancer and its prevention out to the public. To be called Skn In the Game, the global outreach campaign will focus its efforts on the golf community worldwide.

The numbers for skin cancer can be frightening, but also encouraging for the public, Mechem said. Mechem said one in five people have some form of skin cancer before they are 70 years old. But he added 80 percent of people have never seen a dermatologist, the first step in identifying and treating skin cancer. With early detection, skin cancer has a 99 percent survival rate for five years.

One focus for Mechem and Wyatt will be getting more and more people in golf interested in the non-profit.

“We want a board coalition of people who are in golf,” Mechem said. “We will approach players, Golf Channel, PING, anyone who is in golf, to become part of our effort.”

One of those partnerships will be with the LPGA and its developmental tour, the Symetra Tour, to allow those organizations to reach out to their fans with the skin cancer message. Other plans include partnering with a Canadian health care firm, MetaOptima. Mechem said more details of that partnership will come in the next month or so and will be about opportunities for people to take their skin care health into their own hands initially.

Mechem, who admits Wyatt is the partner with the science background in the non-profit, said the message for people can be as simple as understanding what does and doesn’t work in combating skin cancer. Exposure to the sun even on a cloudy day can cause issues, and Mechem is a strong advocate for no one using tanning beds.

“On the sunscreen side, sometimes people just have the wrong product,” Mechem said. “There are products out there that are actually not good for you. That’s one of the things we want to do before we get with the LPGA and the Symetra, find out who has the right products, products that we want to be involved with.”

More information can be found online at http://www.sknvue.org or SkinVue pages on Instagram, Facebook, and LinkedIn, or Dan Mechem, 888-367-5956, for partnership contacts.