Early September is usually a big time for Apple. Until Covid broke the streak last year, it had released a new iPhone between Sept. 7 and Sept. 12 for eight consecutive years.

But it turning out to be a busy season for the publishers of news apps on Apple devices, too. A new policy change by the tech giant will make it possible for news organizations to sign up new subscribers in their iPhone or iPad apps without giving Apple a dime of the revenue they generate. 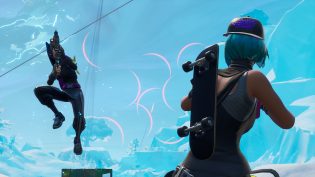 First, some backstory. Since last year, Apple has faced an intense wave of developer and regulator pushback about its more publisher-unfriendly and monopolistic practices. The two major complaints: Apple doesn’t let developers sell subscriptions (or any in-app content) through any system but Apple’s. And Apple’s system takes too big of a cut — 30%.

Those are annoying issues for game and app publishers who only publish on Apple’s platforms — but at least they can plan their revenue strategies accordingly, knowing the price of doing business. But news publishers do the vast majority of their digital subscription selling outside the confines of an app, on their websites. That means either (a) taking a seemingly unnecessary 30% hit to the revenue they get from a user, or (b) hiking up the price in-app to make up the difference, neither of which is ideal.

Also, nearly all news app subscribers will want to be able to access the content they’re paying for outside of the app. If you’re shelling out for a digital newspaper subscription, you’re going to want to be able to read its stories on your laptop or whenever you click a link on Twitter or Facebook. That means integrating your subscription backend with Apple’s, forcing app users to create a separate account, and other such full–employment–program–for–help–page–writers issues.

The Dallas Morning News, for instance, will sell you an in-app iPhone subscription for $15.99 a month — but it will only work in the app and give you zero access to stories on the web. To get that, you need to pay $17.29 a month — and more importantly, you have to do it on DallasNews.com.

The cherry on top was that Apple wouldn’t allow you to even link to any subscription offer outside the App Store. In app, you couldn’t tell your user “Click here to subscribe on LATimes.com.” You could only obliquely acknowledge the existence of other offerings (raising some profound ontological questions about the nature of being) and hope that users would figure out they had to leave the app, open up Safari, and find their way to a subscription page.

Anyway, Apple’s been dribbling out some piecemeal changes to fend off regulators, including cutting that 30% to 15% in many cases. But today’s announcement is a big one, and we have the Japanese government to thank.

Apple announced a new concession for some App developers Wednesday, giving apps such as Netflix and online publishers the ability to provide links to outside sign-up pages.

Apple’s App Store rules currently prohibit all developers from notifying their customers about alternative payment options where Apple cannot collect a sales commission. The new rules will only apply to sharing links within “reader apps” that provide previously purchased content or subscriptions for content such as newspapers, books, music and video.

The move, a concession to end a probe by the Japan Fair Trade Commission, is the latest sign that a global wave of investigations, litigation and legislation related to Apple’s allegedly anticompetitive behavior is beginning to chip away at some of the company’s long-held and lucrative business policies. 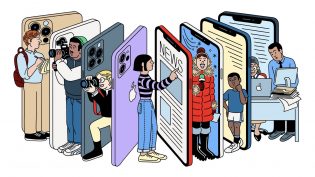 Sad that “we will let you make one single link in the app you made” is the kind of thing that can be fairly called a “concession,” but here we are. So a newspaper or magazine app will now be able to link to their own website for a user to buy a subscription. While that’s not as convenient as a one-tap in-app purchase, publishers will gladly take that tradeoff if it means owning the customer relationship, a fuller set of user data, and oh yeah, keeping that extra 30%.

Apple says this new policy won’t take effect until “early 2022,” and there are still some questions to be answered — primarily about what Apple will count as a “reader app.” Its press release puts it this way:

Because developers of reader apps do not offer in-app digital goods and services for purchase, Apple agreed with the JFTC to let developers of these apps share a single link to their website to help users set up and manage their account.

So does reader-app status simply require that you “provide previously purchased content or content subscriptions” — which would include any news app with a subscription? Or does it mean you also “do not offer in-app digital goods and services for purchase” — which would exclude anyone who currently does sell subs via the App Store? In other words, will a publisher be able to offer both in-app subscriptions through the App Store and a link to their website — or will they have to pick one or the other?

If they have to choose, the vast majority would choose their own sub stack over Apple’s. But some might appreciate the flexibility. (And if both methods are allowed, that would raise a new set of questions: Are you allowed to tell users that one option is cheaper than the other? Or that you’re helping the news org more if you buy on the web?)

But no matter the details, the end result here is very good for news publishers. You can now gain the benefits of an iPhone news app — push notifications, most obviously — without having to hand the customer relationship and a 30% vig to a company that’s doing a lot better than you are. And that also means that all the flexibility publishers have when they sell their own subscriptions — free trials of various lengths, customized offers based on reading behavior, “$1 for 6 months”-type pitches — are now available for app users too.

Last week, it was great news that nearly all publishers could reduce Apple’s cut from 30% to 15%. Today, the news is they can reduce it all the way to 0%. That’s a deal publishers will gladly take.

As I said last year, all these changes aren’t really about news publishers; they’re about the giant game and app developers that bring in the real money. (Or at least used to.) But newsrooms should be quite happy to huddle back in the peleton and save energy drafting behind the front-runners.