The year Justin Wilson showed he was the Real Thing

The year Justin Wilson showed he was the Real Thing

McLaren renewed its sponsorship deal with Coca-Cola recently. Did you notice? The soft drinks giant, the most ubiquitous in the world and in a different league to Red Bull, has supported the team since 2018, apparently. There’s even a sticker on the car, just behind the cockpit on the engine cover – but in a sea of papaya it sure is easy to miss.

For a company of its size, it’s mildly surprising Coca-Cola has only a sketchy and irregular association with motor sport. Bob Akin’s IMSA Porsche 935 and 962 campaigners always looked terrific in Coke livery, but as great as they were McLaren’s deal renewal last week triggered another memory for me, something more personal: of a beanpole racer who carried those famous colours as he became Britain’s first and only Formula 3000 champion. Then it occurs that was 20 years ago. Surely not, can’t be. Who knows where the time goes?

The reality was Justin Wilson had zero connection to Coca-Cola, despite the famous logos that were brandished on his Nordic Racing Lola in the 2001 FIA International F3000 Championship. The deal came to the Thetford-based team, run by former Lotus mechanic Derek Mower and his engineer son Chris, through a European regional office rather than from some multi-million dollar blessing connected to US headquarters. Still, that didn’t stop Formula 1 teams jealously coveting Nordic’s odd little coup. This was a decent, well-run family team, but it was hardly considered a major force in the Formula 1 support series, given that it had but a single win to its name, earned by Marc Goossens at Hockenheim back in 1995. That changed in 2001, however, during a season that would prove unforgettable for Wilson and anyone else who witnessed it first-hand – including this writer. 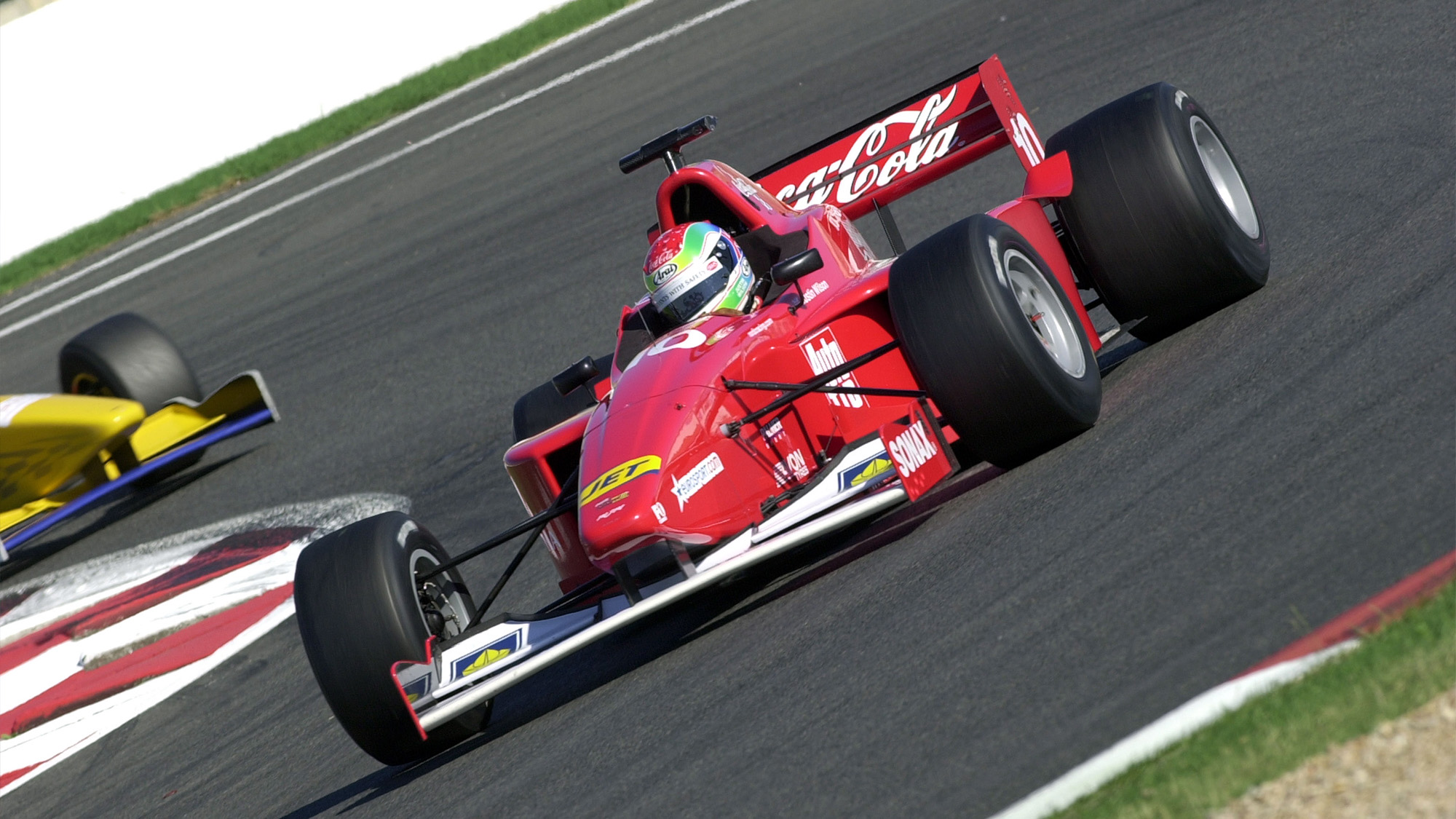 Coca-Cola sponsorship was an enviable coup for Nordic Racing

It was hard to know what to make of Justin back then. He’d been racing cars since he was 16, the first of such an age to be allowed, and was clearly talented. But in Formula Vauxhall in 1997 Paul Stewart Racing team-mate Luciano Burti had beaten him without too much sweat and Jackie Stewart had even suggested publicly he’d “make a good touring car driver”. That stung. But when Jonathan Palmer launched his ambitious Formula Palmer Audi one-make series in 1998, Wilson was among a number of decent but similarly directionless drivers to sign up. I saw him win the first (non-points) race at Oulton Park and he went on to become a convincing champion.

Palmer, hardly a man to be easily impressed, was completely sold on Wilson early on that year and not only honoured his promise of a prize-drive in F3000, but also became his manager. He directed Justin into a seat at the Belgian Astromega team for ’99, during which he was one of only seven drivers to qualify for all 10 rounds – no mean feat in the regular scramble to bank a decent lap in F3000’s short qualifying sessions.

Wilson switched to Nordic in 2000 and made clear progress, scoring a couple of podiums and ending up fifth in the points. But a third season in a series too often overlooked by both F1 teams and upcoming drivers such as Jenson Button and Kimi Räikkönen didn’t bode well that Justin really was going anywhere meaningful. The thing is, the Sheffield lad – and he still was back then, aged just 21 – was so damned likeable you couldn’t help but wish him well. Quiet, polite, nearly always cheerful, and clearly working hard to overcome a natural shyness, Wilson was simply one of the good guys. 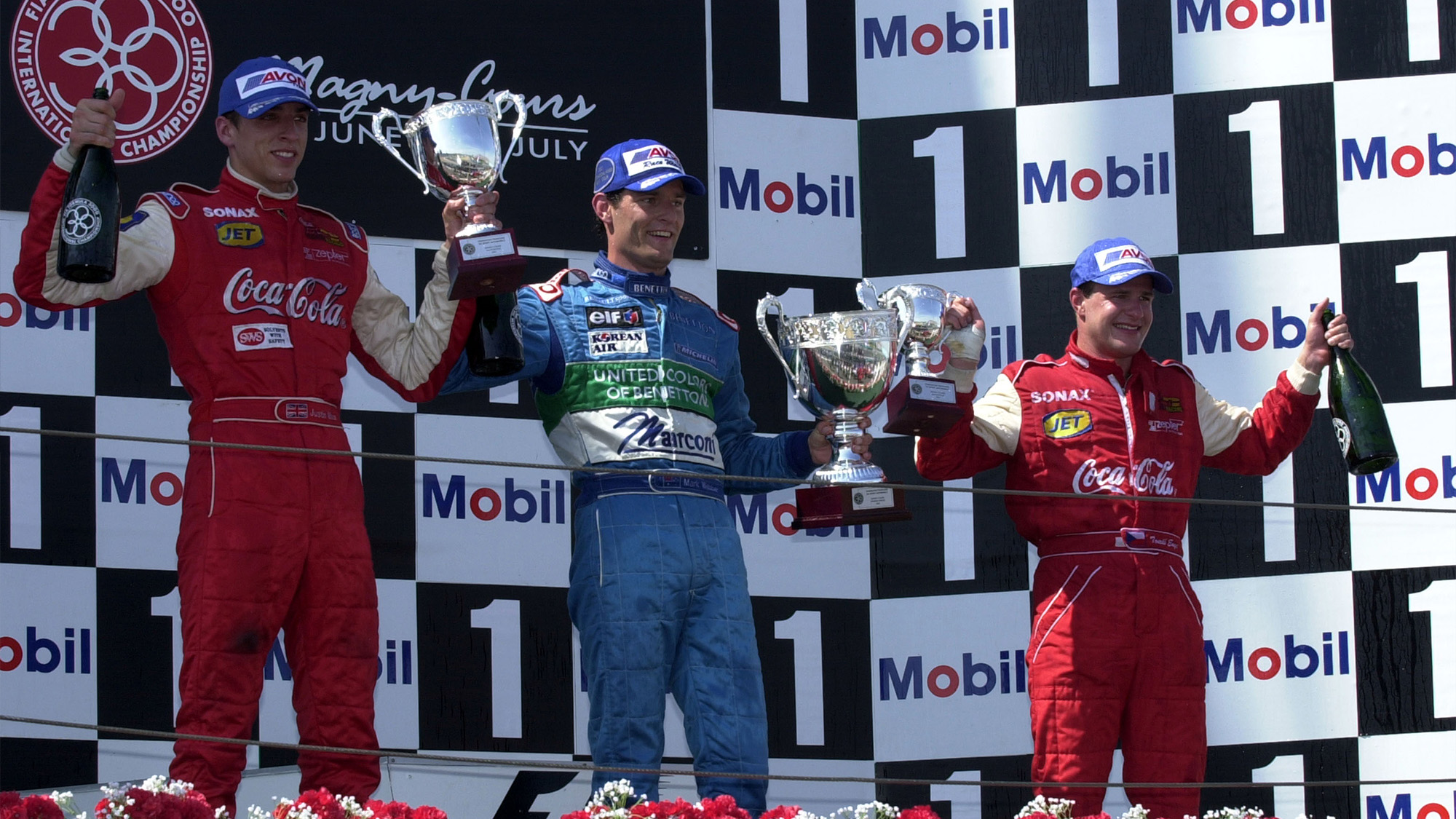 Victory at Magny Cours brought Webber (between Wilson, left, and Enge) within a point of the 2001 F3000 championship lead

Twenty years later, what really strikes me about F3000 in that season was the Sheffield steel at the core of Wilson’s lanky six-foot four-inch frame. That year, he faced Mark Webber and the contrast – despite an unfashionable, impractical similarity in height – could not have been more stark. The Australian was confident, eloquent, sharp, funny and already making the most of a meaningful foothold in F1 through his Benetton/Renault test deal that kept him very busy between F3000 races. And yet it was Webber who faltered. The F1 testing contributed to Mark’s undoing in F3000, as he was forced to adapt back to his Super Nova Lola every time he returned to it after pounding around European circuits in the Benetton. He made a lot of uncharacteristic mistakes, although with hindsight, it made little difference to his trajectory that would eventually lead to those nine grand prix wins with Red Bull and a close call on the 2010 world title.

Wilson faced other talents in 2001, including his equally likeable team-mate Tomas Enge. The Czech, who would go on to enjoy a successful endurance racing career, had an obvious edge over Wilson in the fact he had budget. A happy-go-lucky character, he helped make Nordic a cheerful team to visit that season, especially given the results both drivers were scooping up.

Elsewhere, future four-time Champ Car title winner Sébastien Bourdais was toiling away at DAMS – and claimed a decent win at Silverstone. The specs he wore left him type-cast as ‘bookish’, but Bourdais had an unmistakable fire of intensity about him that would carry him to his significant successes in the US, sports car racing and into a deserved, if short-lived, F1 career at Toro Rosso in 2008. A shame he came up against the force of nature that was Sebastian Vettel back then. 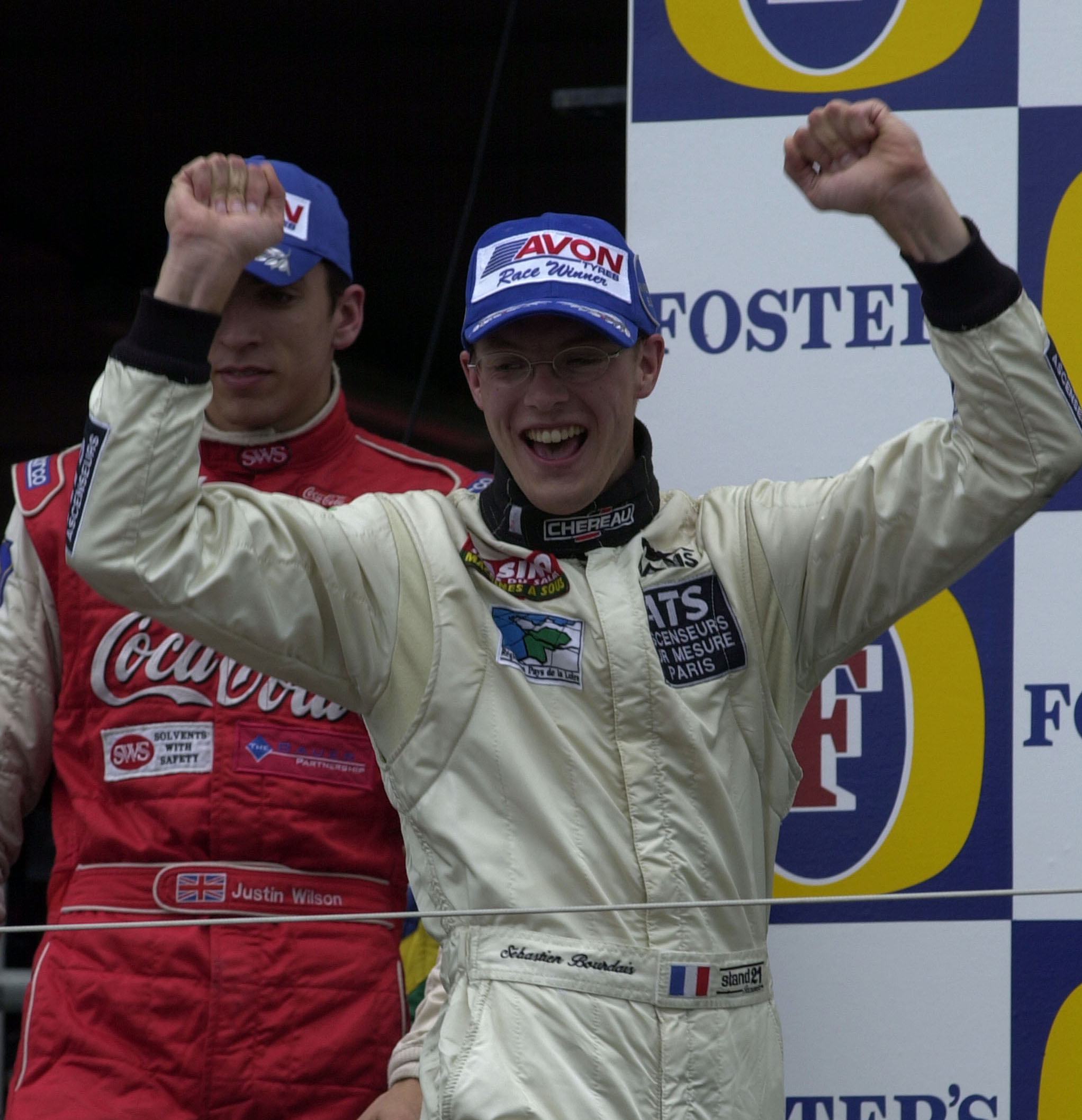 There were others: Amazonian British F3 champion Antonio Pizzonia, who would make it to F1 via Jaguar and Williams; Italian Giorgio Pantano, who never quite delivered on his fearsome reputation in karts; quick but slightly mad Belgian David Saelens; and another likeable Yorkshireman Darren Manning, who strangely unravelled that season at Christian Horner’s Arden team and scored just nine points.