Variant-proof vaccines — invest now for the next pandemic

Variant-proof vaccines — invest now for the next pandemic

The rapid development and delivery of highly effective COVID-19 vaccines less than a year after the emergence of the disease is a huge success story. This was possible, in part, because of certain properties of the coronavirus SARS-CoV-2 that favour vaccine design — in particular, the spike protein on the virus’s surface. This prompts the body to make protective neutralizing antibodies (proteins that bind to viruses and prevent them from infecting human cells). These are most likely to be responsible for the efficacy of current COVID-19 vaccines.

The next pathogen to emerge might be less accommodating. A vaccine could take much longer to make. Even SARS-CoV-2 could be becoming more problematic for vaccines, because of the emergence of new variants. We call for an alternative approach to pandemic preparedness.

A special class of protective antibodies called broadly neutralizing antibodies (see ‘Pan-virus vaccines’) acts against many different strains of related virus — for example, of HIV, influenza or coronavirus. Such antibodies could be used as first-line drugs to prevent or treat viruses in a given family, including new lineages or strains that have not yet emerged. More importantly, they could be used to design vaccines against many members of a given family of viruses.

Such pan-virus vaccines could be made in advance and deployed before the next emerging infection becomes a pandemic. We call for an investment now in basic research leading to the stockpiling of broadly effective vaccines. As we’ve seen for influenza, one virus strain can cause more deaths than a world war and result in trillions of dollars of economic damage. Surely, global governments that together spend US$2 trillion a year on defence can find a few hundred million dollars to stop the next pandemic?

Why has vaccine design for SARS-CoV-2 been relatively easy (so far, at least)? Infection begins when the spike protein on the surface attaches to a receptor on human cells. The virus injects its genetic material into the cell and takes it over to produce many copies of itself, leading eventually to disease. Neutralizing antibodies stop this viral entry and prevent infection. On SARS-CoV-2, the attachment site is a large, open protein surface to which antibodies stick readily. It is thus relatively easy for a vaccination to stimulate protective neutralizing antibodies.

In evolutionary terms, SARS-CoV-2 is an ‘evasion-light’ pathogen. It has not had to acquire an armamentarium of molecular features to outwit immune responses in general and neutralizing antibodies in particular. This is because it currently transmits from one person to another before immune responses have developed — and, in many cases, before disease symptoms are noted. 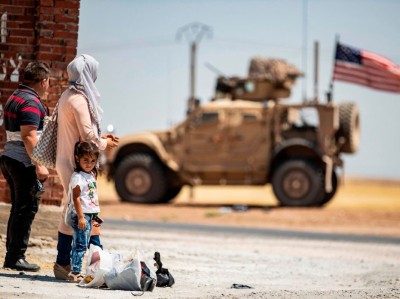 Other pathogens are ‘evasion-strong’. The extreme example is HIV. It frequently co-exists with human immune systems, possibly for years, before onward transmission. So it has developed many ways to stymie our defences, including extensive sequence variation. This is known as immune escape. Even in one infected person, there can be 100,000 different HIV strains, any of which could be transmitted.

A vaccine attempting to block this transmission must induce broadly neutralizing antibodies that are effective against most HIV strains. Encouragingly, many such antibodies have been identified in infected people1. This suggests that an HIV vaccine is possible in principle, if researchers can learn how to induce the antibodies through immunization. Intensive research over the past ten years or so has generated promising approaches, but a vaccine is still probably a decade away.

The emergence of another pathogen with the evasion capabilities of HIV might be the worse-case scenario for a pandemic.

Influenza virus is another evasion-strong pathogen. Its huge sequence variability is a challenge for vaccine design. The current temporary solution is to attempt to anticipate which strains will predominate in the next flu season and prepare a vaccine accordingly. Researchers have sought a longer-lasting solution — a universal flu vaccine — that would protect against essentially all flu strains, inspired by the discovery of broadly neutralizing antibodies to many or most strains.

Similarly to SARS-CoV-2, flu has spike proteins on its surface. Broadly neutralizing antibodies have been identified that target the head (top) and stem of haemagglutinin, one of the spike proteins. Antibodies against the stem are very broad but not so potent; clinical studies using these to treat flu have been disappointing2 (see also go.nature.com/3phhtcm). Antibodies to the head are less broad but more potent3.

In terms of pandemic potential, influenza virus ticks all of the boxes. It is a respiratory virus, is readily transmitted between humans and has animal reservoirs. Indeed, many researchers rate influenza as the greatest pandemic threat, and fear a repeat of the 1918 pandemic, which killed more than 50 million people globally with a case fatality rate of around 2.5%. So far, COVID-19 has killed around 2.1% of the more than 100 million people confirmed to be infected globally, and has left around 10% of infected people with health effects lasting for 6 months or more.

Clearly, a universal flu vaccine would be the ideal countermeasure. A more realistic approach might be to design several vaccine candidates based on potent anti-head antibodies against a limited set of influenza viruses, perhaps organized by flu subtypes. Generating and stockpiling specific flu vaccines and broadly neutralizing antibodies might then offer some insurance. The vaccines could be created in the formats used for those against SARS-CoV-2: messenger RNA and viral vectors such as adenovirus, both of which are amenable to rapid scaling and deployment.

Several notable variants of SARS-CoV-2 have emerged in recent months, including B.1.1.7, B1.351 (also known as 501Y.V2) and P.1. These were first identified in the United Kingdom, South Africa and Brazil, respectively, and each variant has many mutations in the crucial spike protein. Laboratory studies suggest the potential for immune escape4,5,6,7 with at least one of these variants. There is also now initial evidence from two vaccine clinical trials suggesting reduced efficacy in preventing mild to moderate COVID-19 in individuals infected with the B.1.351 variant (see go.nature.com/2ydkrxs and go.nature.com/2musicv), although the vaccine candidates still seemed to prevent severe disease. Over time, uncontained spread and accelerated evolution in immunocompromised hosts could drive enough mutation to reduce the efficacy of current vaccines considerably, or even entirely. We would then need vaccines that induce antibodies able to neutralize variants of SARS-CoV-2, as well as the original virus. 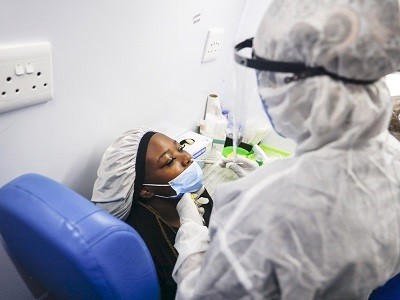 Many broadly neutralizing antibodies effective against both SARS-CoV (the virus that causes severe acute respiratory syndrome, SARS) and SARS-CoV-2 have been isolated from donors infected with either of the two individual viruses alone8,9,10. These could form the basis of vaccines designed to contain SARS-related coronaviruses (sarbecoviruses) generally, including potential coronaviruses that have not yet emerged. Broadly neutralizing antibodies have also been isolated that are effective against a wider range of betacoronaviruses (the genus that includes the Sarbecovirus lineage), including Middle East respiratory syndrome (MERS) virus and seasonal coronaviruses11. Again, these could seed projects to design broad vaccines.

Several more viruses have been identified as potential pandemic threats by the Oslo-based Coalition for Epidemic Preparedness Innovations (CEPI). As well as Ebola, CEPI lists MERS, Lassa, Nipah, Rift Valley fever and chikungunya viruses as its priorities for vaccine development. These should be at the front of the queue in the search for broadly neutralizing antibodies and rational vaccine design.

If not now, when?

What do the fiercest critics of our proposals argue? They point to the difficulties of isolating neutralizing antibodies with sufficient potency and breadth to be effective. They note the complexities of rational vaccine design. They underscore concerns about pathogen evolution and resistance to antibodies. They ask why this approach has not been widely applied already. 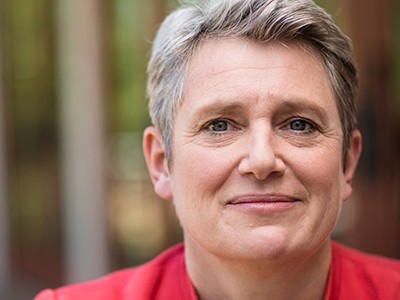 Generating very broad, very potent neutralizing antibodies can be difficult. But research to find the best antibodies and improve them has been highly successful in recent years. It might not always be possible to obtain the ideal breadth of responses across a whole family of viruses. But compromises can be made, and methods for delivering cocktails of antibodies (two or three, say) and vaccines are becoming feasible.

Already there are pockets of promise. Rational design has delivered a favourable vaccine, currently in phase III trials, against respiratory syncytial virus — the cause of severe, sometimes fatal, illness in the very young. That virus has defied conventional vaccine-development efforts for more than 50 years. Rational design approaches are under way for major pathogens such as HIV, influenza and malaria, although not on the scale we suggest here.

Crucially, early containment or eradication of an emerging virus would greatly reduce the likelihood of it evolving resistance to antibodies and vaccines.

Unlike a reactive programme that swings into action when a new pathogen appears, our proposal has goals that can be described now and projects that could begin on a large scale immediately. Thanks to work already done on other viruses, particularly HIV and influenza, the approaches are understood and the infrastructure is in place. Investments made so far in basic science — including virology, genomics, immunology and structural biology — have afforded us a remarkable opportunity to get ahead of further SARS-CoV-2 evolution and put us in a powerful position of readiness for new viral pathogens.

The investment per virus from bench to phase I trials is likely to be in the range of $100 million to $200 million over several years. We envisage that these costs would be borne by public–private partnerships between governments, philanthropy and industry. Organizations such as CEPI, the COVAX Facility and GAVI, the Vaccine Alliance could help to convene the expertise and initiate the negotiations needed to deliver the types of vaccine we propose.

We will have outbreaks in the future, and are very likely to see further epidemics. We must stop these becoming pandemics.