When does conduct relating to prostitution become a crime? – Criminal Law

When does conduct relating to prostitution become a crime? – Criminal Law


To print this article, all you need is to be registered or login on Mondaq.com.

A man and a woman have been arrested and charged for allegedly
forcing females aged between 17 and 24 years to work as
prostitutes.

Police allege the females were systematically plied with drugs,
branded with tattoos marking ownership and not paid for their
work.

Matthew James Markcrowis, who is currently in custody, is facing
charges in Queensland of:


Ms Sawyer had previously been found guilty of engaging in
prostitution through unlawful prostitution business. She received a
$1200 fine with no conviction recorded for that offence, as in
Queensland – unlike in New South Wales – it is possible
to receive a fine without a criminal conviction.

She was granted bail with conditions preventing her from
attending specified locations or containing certain people,
including the co-accused Mr Markcrow.

It is also against the law to operate a brothel without a proper
licence.

The nature of this particular operation which sets it apart is
that one of the alleged sex workers
had the tattoo ‘Property of Matt M’ on her body. 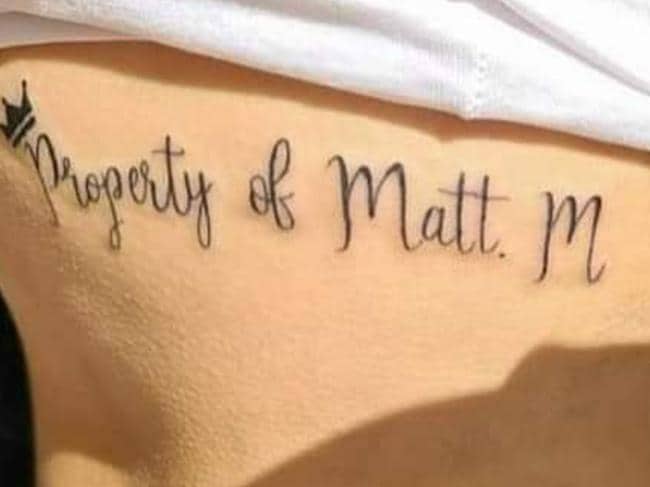 Such markings are not uncommon in prostitution rings overseas,
particularly Eastern Europe, where those placed in sexual servitude
have the name of their pimp or boss tattooed on their bodies as a
mark of ‘ownership’.

Queensland police also allege that the the young women were not
given any of the money they earned, and may not have even realised
they were being exploited.

Police believe the women lived with Mr Markcrowis and Ms Sawyer
in a home in the southern suburbs of Brisbane, and were transported
to an apartment in the city to provide sexual services.

They allege that Ms Sawyer had, and continues to have, a degree
of control over the women, and that the women involved, all of whom
are Australian citizens, were approached via social media.


Licensed brothels are legal in NSW, but their operations are
subject to strict rules and regulations.

In addition to this,
the Summary Offences Act 1988 (NSW) contains a number of
summary offences (meaning offences dealt with in the local court
rather than referred to a higher court) surrounding the provision
of sex work.

These summary offences are:


In addition to these offences,
section 80D of the Crimes Act 1900 (NSW) makes is an
offence punishable by a prison term of up to 15 years to cause
sexual servitude.

To establish the offence, the prosecution must prove beyond
reasonable doubt that:


‘Sexual servitude’ is where a person:


‘Sexual service’ is the commercial use or display of the
body for the sexual arousal or gratification of others.

The maximum penalty increases to 20 years in prison where the
offence is committed in ‘circumstances of aggravation’
which is where the complainant:


A person has a ‘cognitive impairment’ if he or she
requires assistance in daily life due to:


Legal defences to prostitution offences include self-defence,
necessity and duress.


Duress is the most frequently used defence, and is where:


To rely on the defence, there must be evidence before the court
that is capable of supporting a reasonable inference you acted
under duress.

Once that evidence is before the court, the prosecution must
disprove duress ‘beyond reasonable doubt’.

If it is unable to do so, you are entitled to an acquittal.

The content of this article is intended to provide a general
guide to the subject matter. Specialist advice should be sought
about your specific circumstances.