Why Michigan football’s identity is the run game

Why Michigan football’s identity is the run game

ANN ARBOR, Mich. — After a year where the ground game was non-existent, we were hearing from the coaches during fall camp that they wanted to get back to running the football more, and even making that the identity at Michigan.

That’s roughly a 3:1 ratio in terms of run-pass play.

Based on those stats — and yes, I know it’s only been two weeks — but the Wolverines are officially a running team again, and it’s hard for anyone to say any different.

I’ve been in the press box for both of the home games so far this year, and it’s apparent Michigan is sold on running the ball down the opposition’s throat. Even against the Huskies when there was 1:33 left in the second quarter, and the maize and blue had the ball — which is a perfect time for a two-minute drill — all they did was run the ball. The play-calling was as conservative as it could be, and they didn’t even attempt a ball downfield to try and score.

Aside from that drive in particular, it didn’t matter, because Washington couldn’t stop it.

Michigan is making the run game work, and I don’t have any issues with what some would call a ‘boring offense’ as long as it’s successful. My only issue is, Michigan won’t be able to go through the gauntlet of the Big Ten without throwing the ball more, and I felt like there was ample opportunity against Washington to do so.

Left tackle Ryan Hayes pretty much backed this up after the game when he was asked about the game plan going into Washington.

You would think that as a running back, Blake Corum would eagerly say that the ground game is the team’s identity, but he demurred.

I definitely believe what Corum is saying, that Michigan can throw the ball, but we need to see it. We need to see it against the better competition because lets be honest, we haven’t seen the most consistent quarterback play from Michigan in a long time.

The Wolverines have a perfect opportunity come Saturday when they host Northern Illinois on Saturday — which is their last non-conference matchup before Big Ten play. It’ll be interesting to see if the coaching staff allows McNamara to sling the rock and show the fans that Michigan really can do both.

3 things we learned about Michigan after defeating Washington 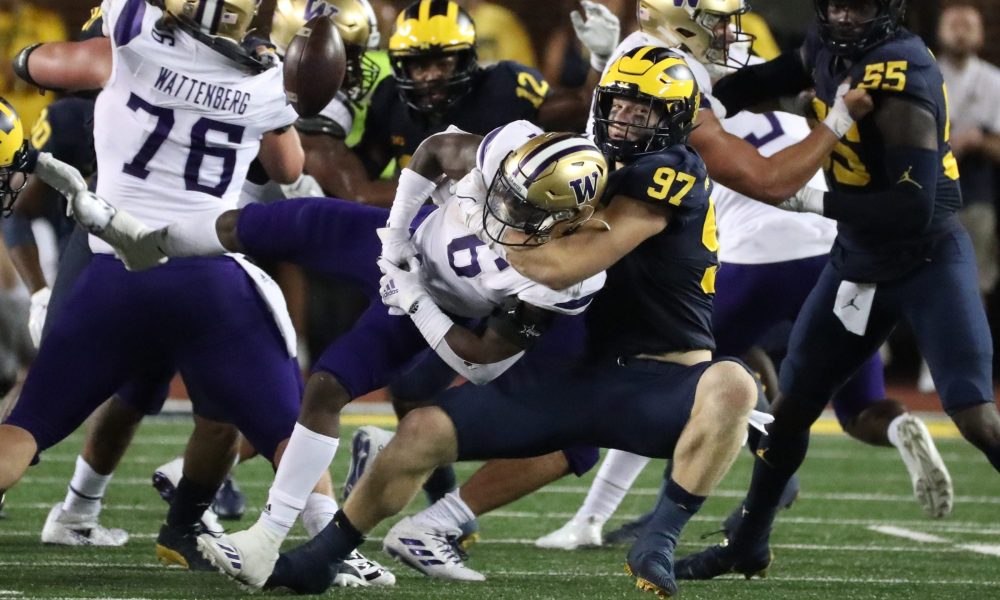