Will Daniel Ricciardo ever get to fight for an F1 title? MPH

Will Daniel Ricciardo ever get to fight for an F1 title? MPH

What is Daniel Ricciardo’s route to a world championship?

On the verge of beginning a new partnership with McLaren, he’s a world champion calibre driver but in 10 seasons of F1 has never been in a world title-contending car. He’s admitted in the past he’s tried not to torture himself with how things might have been if he’d managed to get into the Red Bull a few seasons earlier than he did – in 2014 when he instantly shaded Sebastian Vettel and won his first three grands prix, but in the first season of the hybrid era which had stolen Red Bull’s thunder.

He’s been a victim of a) Mercedes’ long-running domination of this formula and b) probably being perceived as too much of a threat to the lead driver to be considered a good fit either there or at Ferrari. There were preliminary talks at the end of ’19 with Ferrari for this year but their belief was always that Carlos Sainz would be a better fit with Charles Leclerc.

How will he ever be in place to challenge for that title?

Being made to publicly share the blame for the collision between him and Max Verstappen at Baku 2018 did not please Ricciardo one little bit. As a man in his late 20s he felt was being treated like an errant teenager – and for something which was the result of Verstappen’s two defensive moves as Ricciardo went to overtake. He felt slightly humiliated standing with Verstappen in front of the factory’s workforce apologising. This was probably the single factor which pushed him over the edge in surrendering the Red Bull seat he was already questioning because of the gradual sway he could feel the team making towards Verstappen. Maybe, like Christian Horner firmly believes, he ultimately shied away from direct comparison with the incredibly fast Dutchman. Not that he was disgraced in that comparison – in both 2016 and ’17 he outscored him. In qualifying he was overall quicker in ’16, much the same in ’17 and only in ’18 did Verstappen get the definite upper hand. In 2019 he walked into Renault and out-performed the incumbent Nico Hulkenberg, something which Sainz had not managed to do the previous year. Last year he totally dominated Esteban Ocon, a young driver who had looked very much Sergio Perez’s equal at Force India in 2018. 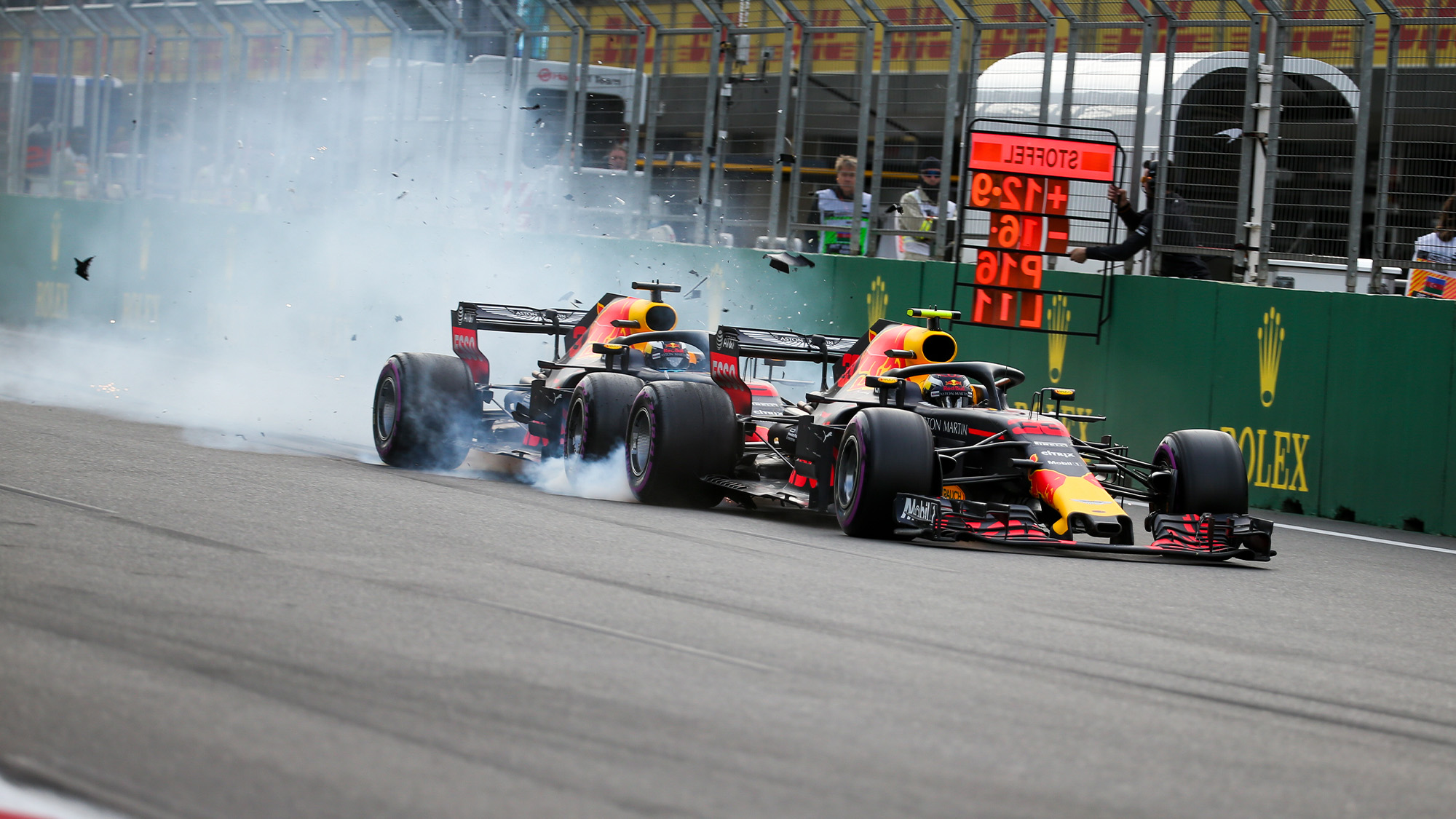 But Ricciardo at 31 years old and with no place for him at Mercedes, Red Bull or Ferrari? How will he ever be in place to challenge for that title? It’s going to take some unlikely disruptive event, like McLaren in the new formula of next year producing the equivalent of the 2009 Brawn, perhaps, finding some technical solution unthought of at the bigger teams. Or Hamilton retiring in a couple of years and being replaced at Mercedes by Verstappen – leaving Red Bull in urgent need of number one just as it’s set to return to its winning ways. But these are fragile hopes on which to rest a title ambition.

His other challenge will be coming from the opposite side of the garage in the shape of Lando Norris, a driver 10 years younger whose peaks have occasionally looked extraordinarily high in his first two seasons of F1. Joining them up would make a truly formidable performer. But if Ricciardo were to dominate him in the way he did Ocon, it would heavily dent Norris’ credibility as a potential future champion. So Ricciardo’s internal competition is likely to be intense. 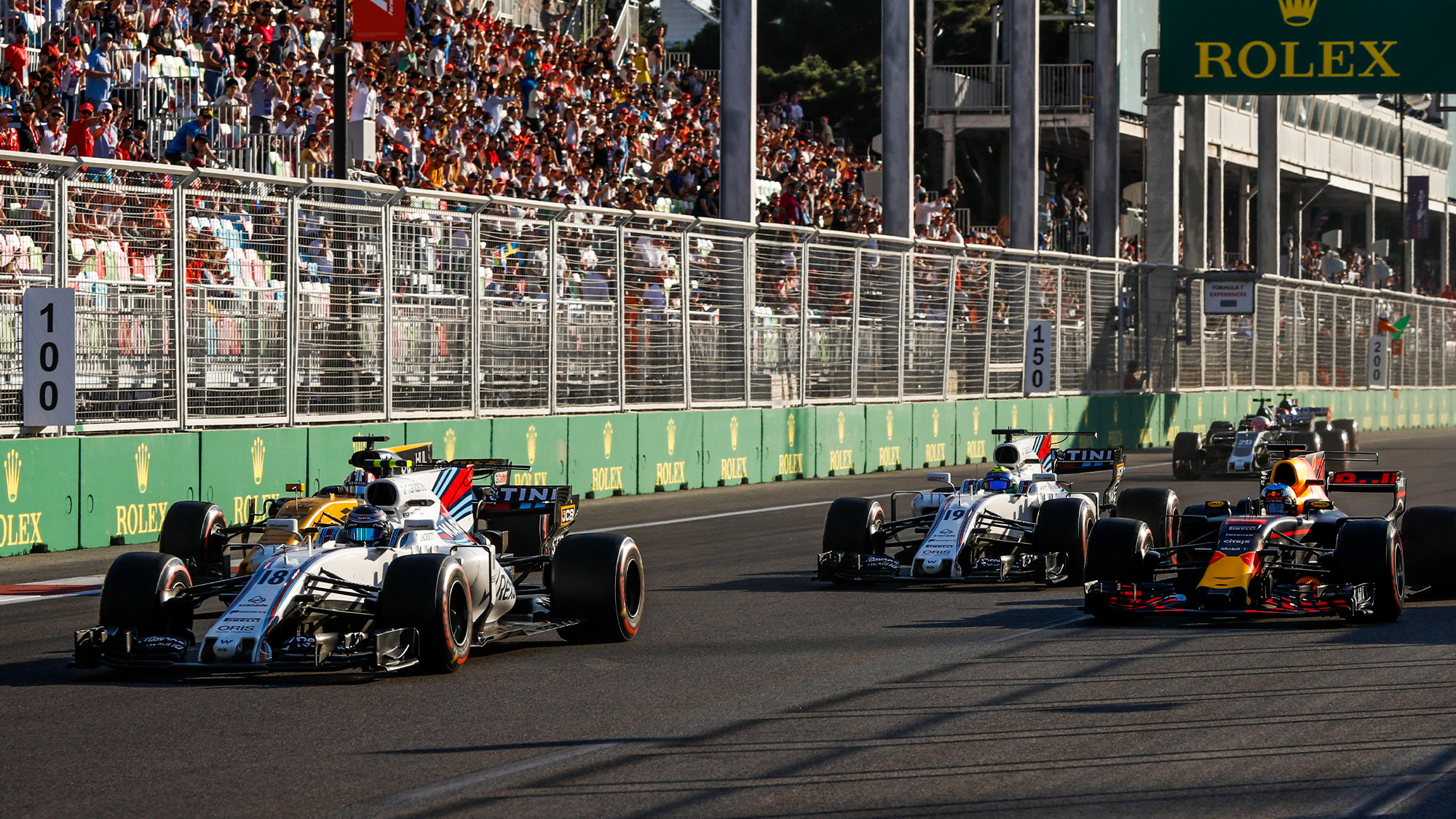 Ricciardo outbrakes three cars to move ahead at Baku, 2017

We still potentially have several years of enjoying Ricciardo’s personality and skills in F1, of watching him conjure those remarkable combinations of pace and tyre usage, of seeing him pull off those late-braking passing moves. It will be great if he can be part of McLaren’s journey back to the front of the grid some day.

But ultimately, it looks like he may be set to join the select list of greats for whom a title proved elusive. Stirling Moss, Ronnie Peterson, Gilles Villeneuve, Carlos Reutemann… Daniel Ricciardo? In hindsight, is there something he could have done differently? Because even staying put at Red Bull would not have brought him anywhere close to a title to date. Red Bull ensured he had a career at all. Without getting onto the Red Bull junior driver scheme, he’d have quickly been forced to return to Australia without having got anywhere near F1. On a long term contract, his destiny was totally shaped by how competitive Red Bull was when there was finally a vacancy there for him. The end of 2018 was the first time he was contractually free, by which time the years had ticked by and we were in the Mercedes ice age. It’s difficult to see what more he could have done.

Ricciardo’s career is surely a case study in why F1 needs competitive volatility, how destructive a long period of domination by one team is, why so much is resting upon the effectiveness of the 2022 regulations in making things more open.